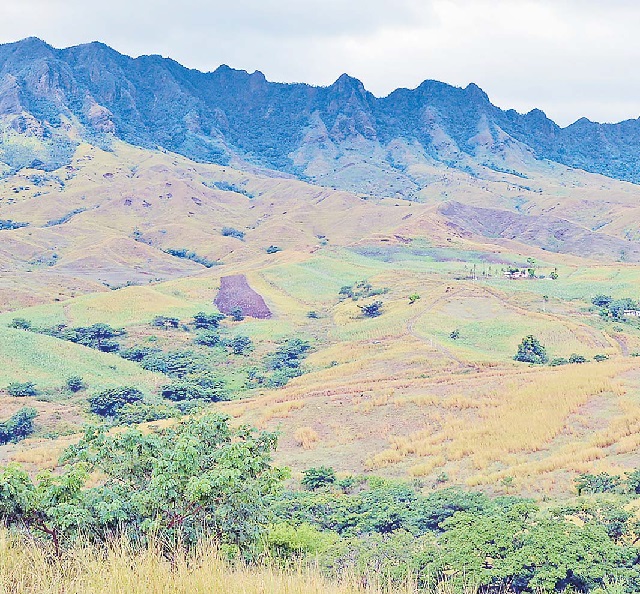 A view of the Cane belt area at Malau sector in Ra. Picture: BALJEET SINGH

Q: What is worse than being unable to come home for almost two years due to health and COVID-19 travel ban reasons?

A: Having to pack up almost two years of your life into airline-sized luggage. By the time the possibility of a return from Sydney to Fiji became a likelihood and then a reality, complete with airline bookings, the household was in a turmoil of anxiety.

The household, at that stage, consisted of myself and my younger daughter. She is known as Cuddles the Thug for her boisterous personality. Think truckdriver in pink frills. She is now in her early thirties and a lawyer for some spiffy outfit so huge and important it doesn’t even have a name, just initials.

The prospect of taking care of mother through various peculiar conditions and countless medical consultations could surely not have been welcomed with unbound joy and delight.

Fortunately for all, she had a backup system, her sister, known as the Hope of the Side. She operates from the family hub in Flagstaff, Suva and runs an outfit that includes the junior generation. These two are known as the Mongoose Muppets.

I cannot begin to tell you the chaos and havoc that follow in their wake. We in Sydney were kept abreast of their misadventures through almost daily dairy pictures, videos and commentary send by the Hope of the Side.

While I don’t think virtual meetings, family gatherings, parties and other virtual groupings can fully take the place of the actual activity, it certainly helps those who are unavoidably distant from their beloveds. I treasure every weird picture of a junior Spiderman stalking the cat and Miss 2021 adding glamour to the party table for her ninth birthday (going on 33). She was only seven the last time I saw her in the flesh.

Thank goodness I didn’t have the muppets to help with the packing to leave Sydney. It was bad enough coping with the resident Staffordshire bull terrier.

It is a gentle soul with a dismal personality, illogically named after a shark, Mako.

She understands about suitcases and when they come out she has anxiety attacks. She is currently happily in the care of her friend Dave, who likes to take her for walkies and give the small fluffy animals at the dog park a bit of roughing up. Before you can go anywhere in the days of pandemic you need the correct pieces of paper that assure the various authorities that you are a worthy person and importantly, you are free of COVID-19 virus.

These pieces of paper have to be done in a timely fashion, at times and on schedules that change frequently. How airlines, let alone passengers, are coping I don’t know. The odd thing is that they are managing it all quite well, everything seems to be going smoothly.

Once in the airport you must put on your mask and not take it off until you leave the airport at the other end. Very sensible. Less sensible for the fellows who wear their masks across their foreheads or on their chins.

Cuddles decreed that a four-hour flight did not require food, so there was no need to remove our masks at all.

She forgot about the importance of hydrating and we had a bit of a barney about that. I am not one to suffer from homesickness, nor to be emotional about a return, but the sight of landfall at Nadi never fails to thrill.

In the day we begin to see the changing colours of our Pacific Ocean, the patchwork of farms and canefields, treeclad hills and hilltop crags. Spotted around are farmhouses and hamlets, villages and settlements. Night, especially during the cane harvest, is made into a firework spectacular.

I thought that if ever I was likely to have an emotional arrival, it would be this one, after a involuntary absence of so long. Not exactly, but I did wallow in that first swig of humid, tropical atmosphere on the way from the plane to immigration and customs. Part of it was that I couldn’t believe I was home free.

When the final barrier was broached and my hugely heavy suitcases hauled on to a trolley by an obliging official, I could really relax.

There were, ultimately, some soppy tears. Such as when, for the first time in years, the sisters and their now aging and enfeebled old mum could grab and hug each other and finally admit to themselves how much they missed each other. Of course we had been apart for long periods before.

They were always off being educated somewhere else or following their much loved, late Dad Kisor to some parts abroad. But it was always a voluntary absence, with promise of return.

The answer to my first question, about what is worse than being unable to come home for almost two years, is actually to have your own country ban you for life on some slim political grounds. Those people who did so have made Professor Brij Lal into a national hero and given him a status you will never reach. And what of his wife, Dr Padma Narsey Lal?

These despicable acts will not be forgotten in 2022. So anyway, I am back home in time to celebrate New Year.

After two years of masking, sanitizing, isolating, being vaxed and boosted to the hilt and also on steroids as well being on immensely good behaviour, guess what Fiji gave me to kick off 2022 – a dose of COVID.

The views and opinions expressed in this article are the author’s and do not necessarily refl ect the views of this newspaper.