Hanging on to power 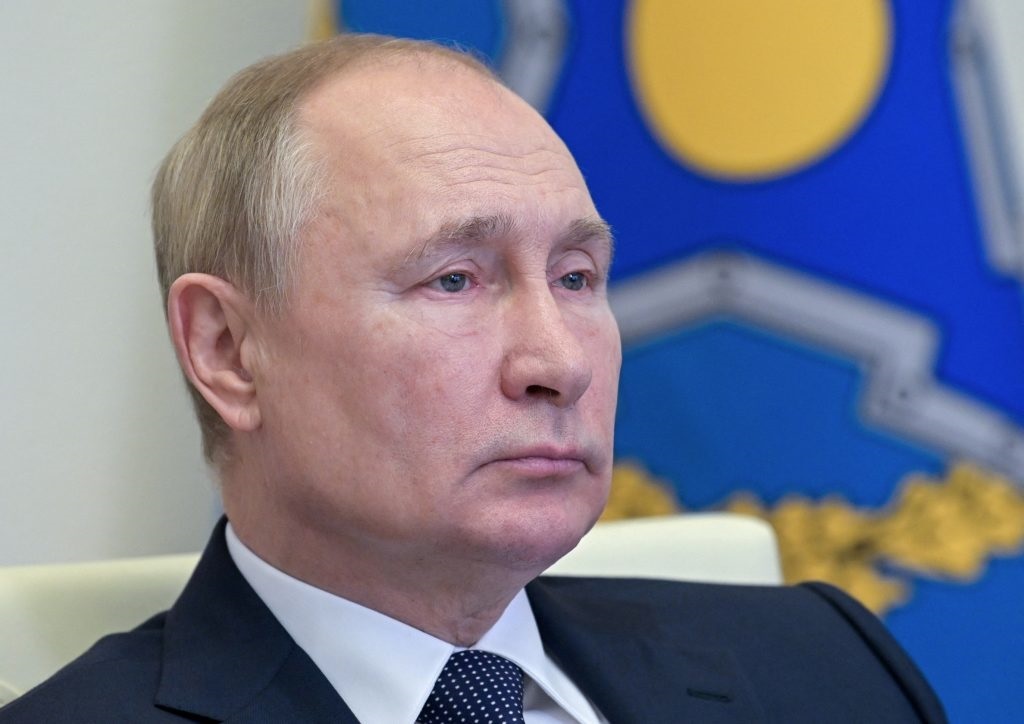 President Putin of Russia has hung onto power and consolidated oneman rule for himself, decimating Russia with huge debt, poor infrastructure and economic hardship for all citizens. Picture: SUPPLIED

There are certain leaders who try to wrestle power from the public and make themselves God like in their own eyes. This personality disorder is called “high need for power”. High need for power was identified by psychologist David McLelland as one of three basic, largely unconscious drives, which motivate these types of people to different degrees.

1. The need for power – A drug like addiction, which they lust after regardless of others suffering.

2. The need for affiliation – Usually leads to appointing their close relations or friends in positions of power.

3. The need for achievement – a false sense of security where people around them are forced to tell them they are doing a great job.

This often leads to the individual being motivated to dominate at all costs and control what people want and attempting to rule with fear and vengeance. Some leaders have a lust for power and this effects the brain, giving a natural high and a feeling of entitlement.

But like all addictive drugs, too much power for too long causes dangerous changes in the brain, which include reckless disinhibition, risk-blindness and difficulty in seeing things from other’s perspective, thus believing you are always right and everyone else is wrong.

It is particularly dangerous as you try and consolidate power and actually believe you know everything. Few if any leaders can survive more than ten years of power without being tipped into this dangerous state of altered personality and an increase for even more power and more control over the people.

Luckily, most functioning true democracies have devised constraints to combat this, like having limited terms of office for instance to counteract such dangerous changes to the brain.

Many political leaders have created so much havoc and in fighting to stay in power because they actually believe their abilities are crucial for the survival of their country and also that no-one else can do it except them and only them.

Vladimir Putin has held power in Russia as president or prime minister for 20 plus years – too long for any man or woman’s brain to endure without dangerous changes which foster recklessness and a blindness to other perspectives.

The military incursion into Ukraine may be a particularly worrying symptom of this leader’s affliction, as thousands of innocent people have been killed and injured plus the country has become a war zone, add to this the suffering and misery to millions of people which will take decades to overcome.

President Putin has led Russia for a long time, but he is a controversial figure. Opinion polls, which are state run in Russia, repeatedly say how popular he is among his people.

But his opponents say he leads by force and has taken away many people’s freedom, including freedom of press, freedom of speech and freedom to assemble and they also disagree with how he runs Russia as his own personal possession.

Many think the elections that ascended him to the presidency are rigged and votes for him are falsified and faked by his cronies who carry out all his orders, regardless of what the public feel.

One of the main and very popular individuals opposed to him during the elections, Alexei Navalny, has now has been jailed and wasn’t allowed to take part in the election process as this disqualifies him.

Putin has also been accused of disqualifying all his strong political opponents and trying to deregister any popular party that opposes him through corruption, lies and deception.

It is claimed he even has the Central Election Commission who are responsible for conducting and overseeing elections in his pocket.

Many feel that even though life might have improved marginally for people in the very early years of Putin’s presidency, today the country is a shambles and economic mess with rising government debt, crumbling infrastructure, terrible medical services and constant water cuts and electricity blackouts.

All of these things were promised to be eradicated during the beginning of his rule, but citizens have had to live with these awful conditions as the country continues on a downward slope.

People also say they have lost a lot of their freedoms and do not agree with the amount of power and control that he has over the country – particularly over what the country’s media is allowed to say on TV and in newspapers.

They say that media coverage favours his government and those who do not agree with Putin are not given a voice. Many people have been jailed for speaking out against Putin or forced to leave the country and not allowed to return.

They accuse him of making the country less democratic and giving far too much control and power to small groups of wealthy business people who have supported him with donations and various gifts and accolades.

There are also those who say he does not run the country honestly and has become a dangerous dictator, doing what he wants by force regardless of what other people think.

This is due to the fact that he has been in power for too long and many people are saying it is now time for a change.

There are many examples of leaders hanging on to power for too long and ultimately ruining the country that they were given the chance to flourish, Robert Mugabe, who ruled Zimbabwe, is another fine example of leaders who decided to try to hang on to power at all costs and it ultimately cost the nation dearly.

The world needs less Putin’s and Mugabe’s who try and hang onto power at any cost, hurting their own citizens.

The world needs more leaders who encourage those around them to be the best they can and be inclusive in their decision making, thus making the country flourish and giving the people a voice.

• AJAY BHAI AMRIT is a founding member of The People’s Alliance party and is also a freelance writer. The views expressed in this article are his and do not necessarily reflect the views of this newspaper.