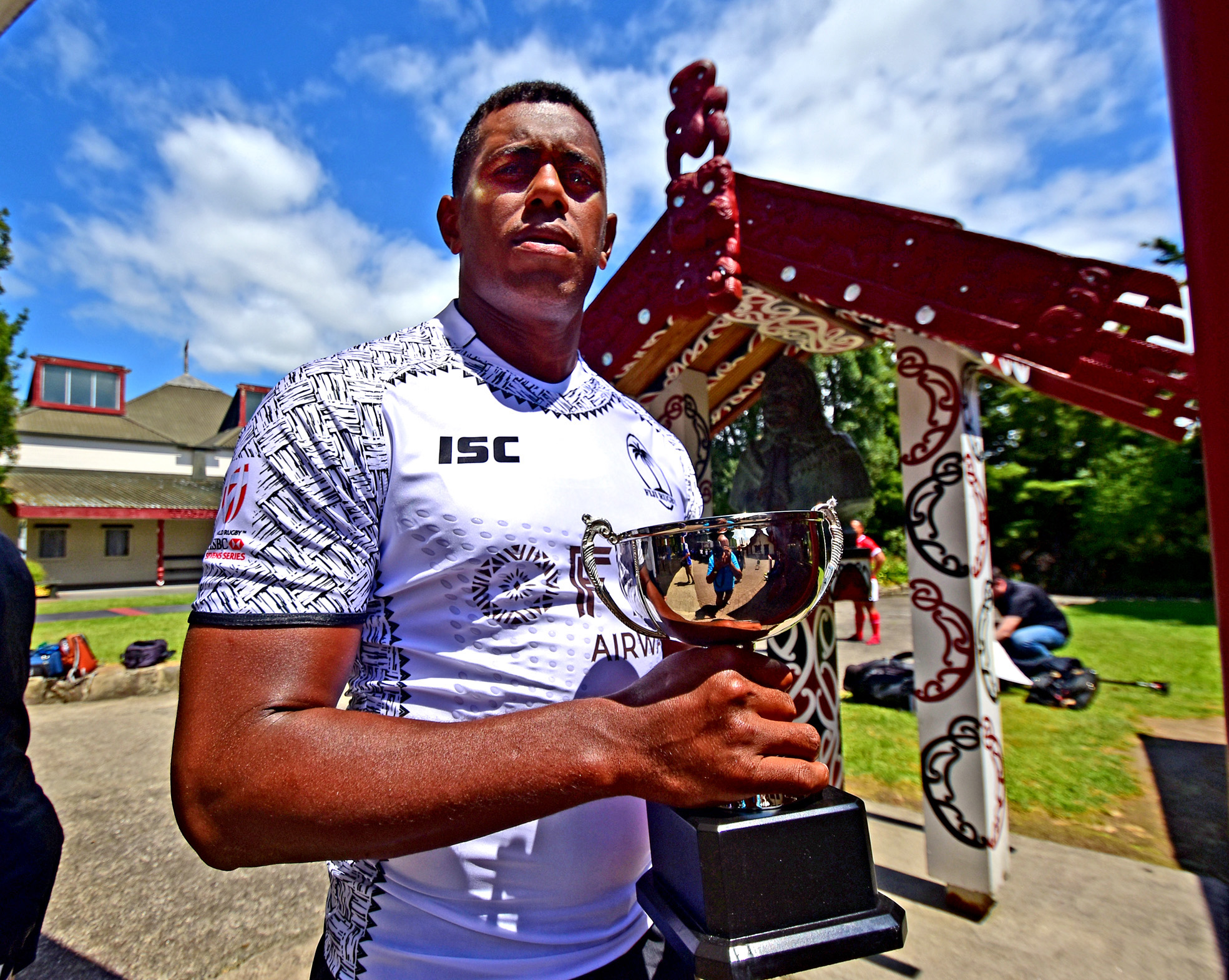 ALL Blacks 7s captain Tim Mickelson is hungry to wrest the Hamilton 7s title away from the Fiji Airways Fiji 7s team this weekend.

He is from Waikato where Hamilton is included and the 1.92 metre and 103kg winger and forward who has been representing NZ 7s since 2008 and a former IRB 7s Player of the Year, has a personal score to settle with the Gareth Baber-cached Fijians.

He wants to win in his home stadium and avenge their loss to Fiji last year.

“We see how much Fijians love their team and their support is second to none,”he said.

“In new Zealand, we feel the same way and we want to win our tournament, but Fiji has a lot of support over here. We expect an awesome atmosphere against your team.”

Fiji lifted the inaugural tournament to upset Mickelson and his company last year after Baber led our team to wins against Samoa, South Afcrica, and also the hosts.

This, Mickelson will not forget, but despite the rivalry, Mickelson and his Fijians counterpart, Kalione Nasoko shared some light moments as they sat side by side during the captains’ traditional welcome at the marae, the Maori chiefly centre and meeting place.

It is Taurangawaewae, an iconic traditional site where teams such as the All Blacks and VIPS such as the late and former South Africa president Nelson Mandela and Queen Elizabeth visited to observe its cultural importance.

“I was trying to share with him a bit about the importance of our culture just like Fijians,” he said.

“But come Saturday, it will be friendship aside.

“Ëvery time we meet Fiji, it will be a fast game, intense stuff and a lot off-loading and taking chances that come in place.

“There are some new players and every time new Fiji players come in they just fit in. Every time we play Fiji, it will be a long day in the office.”