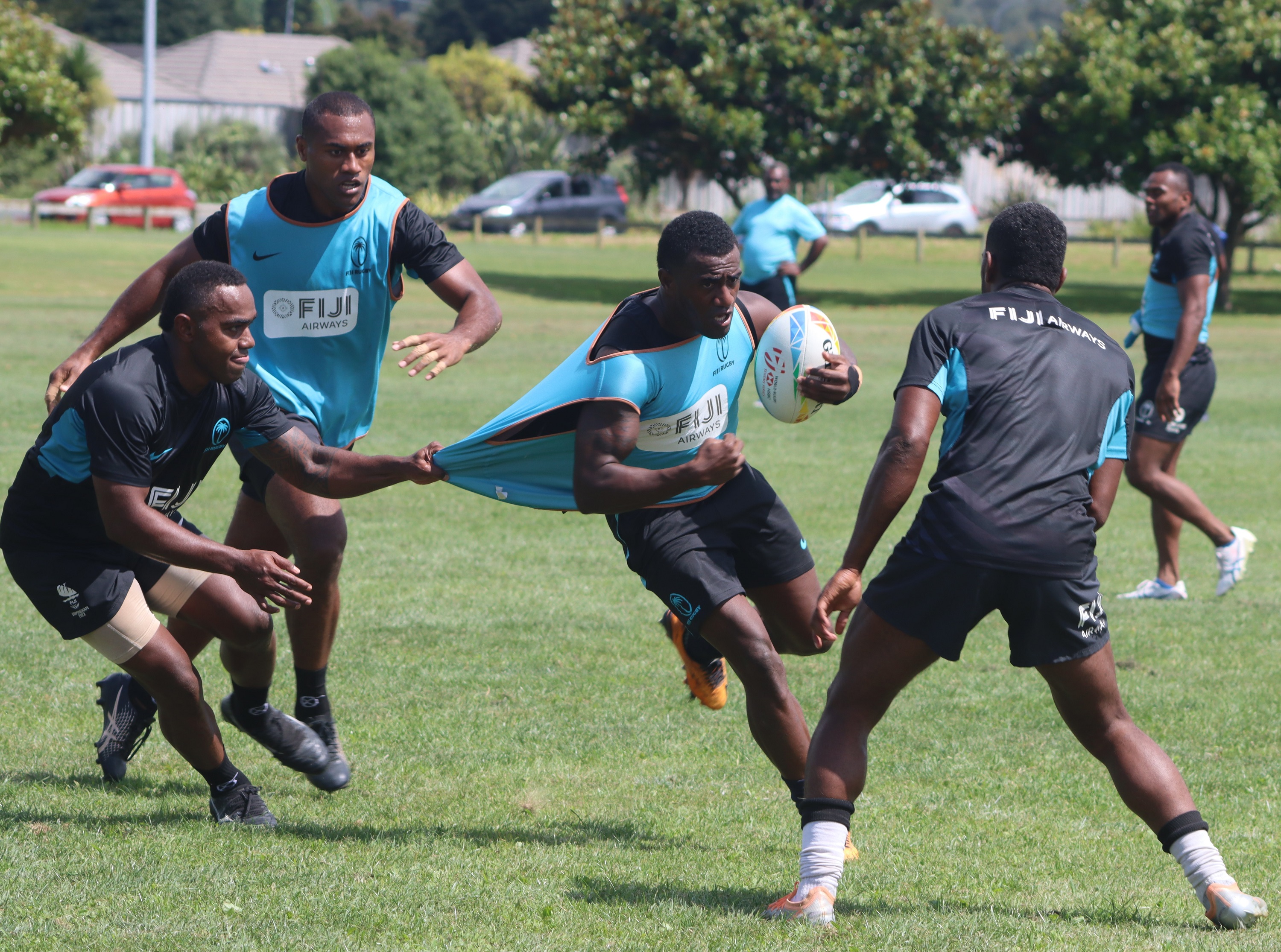 Fiji Airways Fiji men’s 7s head coach Ben Gollings says his players will need to “control the ball” against a “dogged” Argentina side during the quarter-finals of the Hamilton 7s at the FMG Stadium in Waikato, New Zealand today.

The Waisea Nacuqu-captained Fiji side was undefeated on day on of competition after running in wins against Samoa 22-12, France 26-7 and Kenya 21-7 to Pool A.

“They’re (Argentina) a very difficult side to play against, they’re dogged, really get stuck into your game,” Gollings said.

“We’re going to go back now and regroup, assess our performance and look at their performance. Primarily we should look at the way we play but we know we got to be guarded with Argentina.

“Their kick offs will be a big area and we’ve got to make sure we control the ball.”

Against Samoa, Fiji was tested throughout the match and only clinched the win towards the end of the game.

Gollings said he was proud of how his players rallied together to get the victory.

“The boys knew it was a must-win game,” he said.

“We don’t want to play around with points because we were at the wrong end of that in the last few tournaments.

“They stuck at it and we always knew Samoa was going to play hard.

“Credit to players, they’ve done well on day one and set up for day two.”

He said winning in Hamilton would take something special from the players.

“It’s the last time we could be in Hamilton which is a big factor. Fiji has won it a lot here. It’s always special winning in New Zealand because it’s never easy.”

Meanwhile, the other quarter-final matches are between South Africa and France at 9.58am, USA and Australia at 10.42am, followed by New Zealand and Ireland at 11.04am.