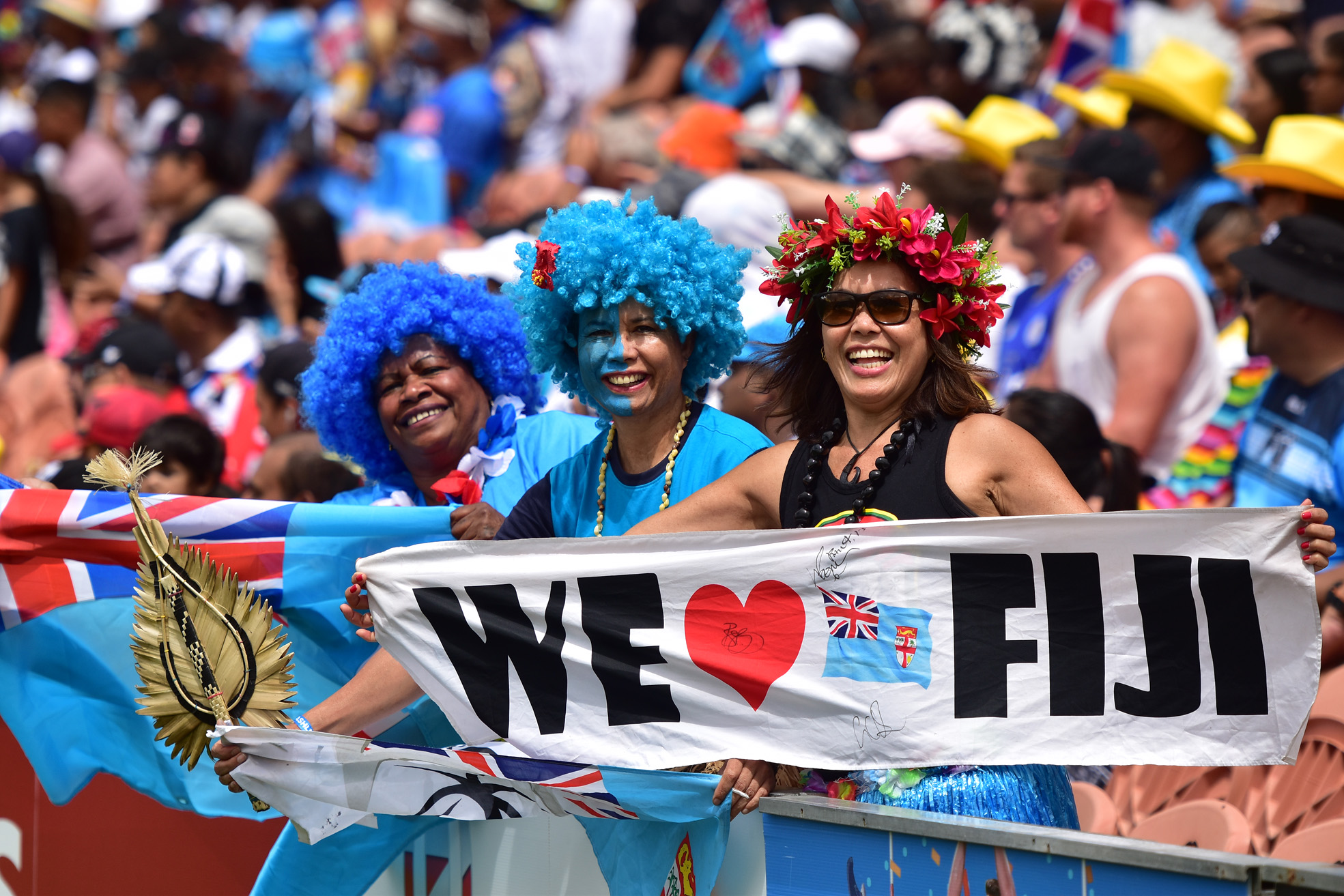 The Fiji fans during the Fiji Airways Fiji and Wales during the HSBC Hamilton 7's yesterday. Picture: RAMA

THE Fiji Airways 7s team has claimed the first semi-final berth of the HSBC World Rugby Series Hamilton 7s with a convincing 33-7 win against Canada.

Meli Derenalagi scored the first converted try for the Fijians with Aminiasi Tuimaba and Waisea Nacuqu scoring the second and third try in the first half of the game.

Canada’s Connor Braid scored their only try of the game and was converted successfully in the first half.

Josua Vakurunabuli scored another try in the second spell.

They will now play the winner of the South Africa- Samoa match in the semis.