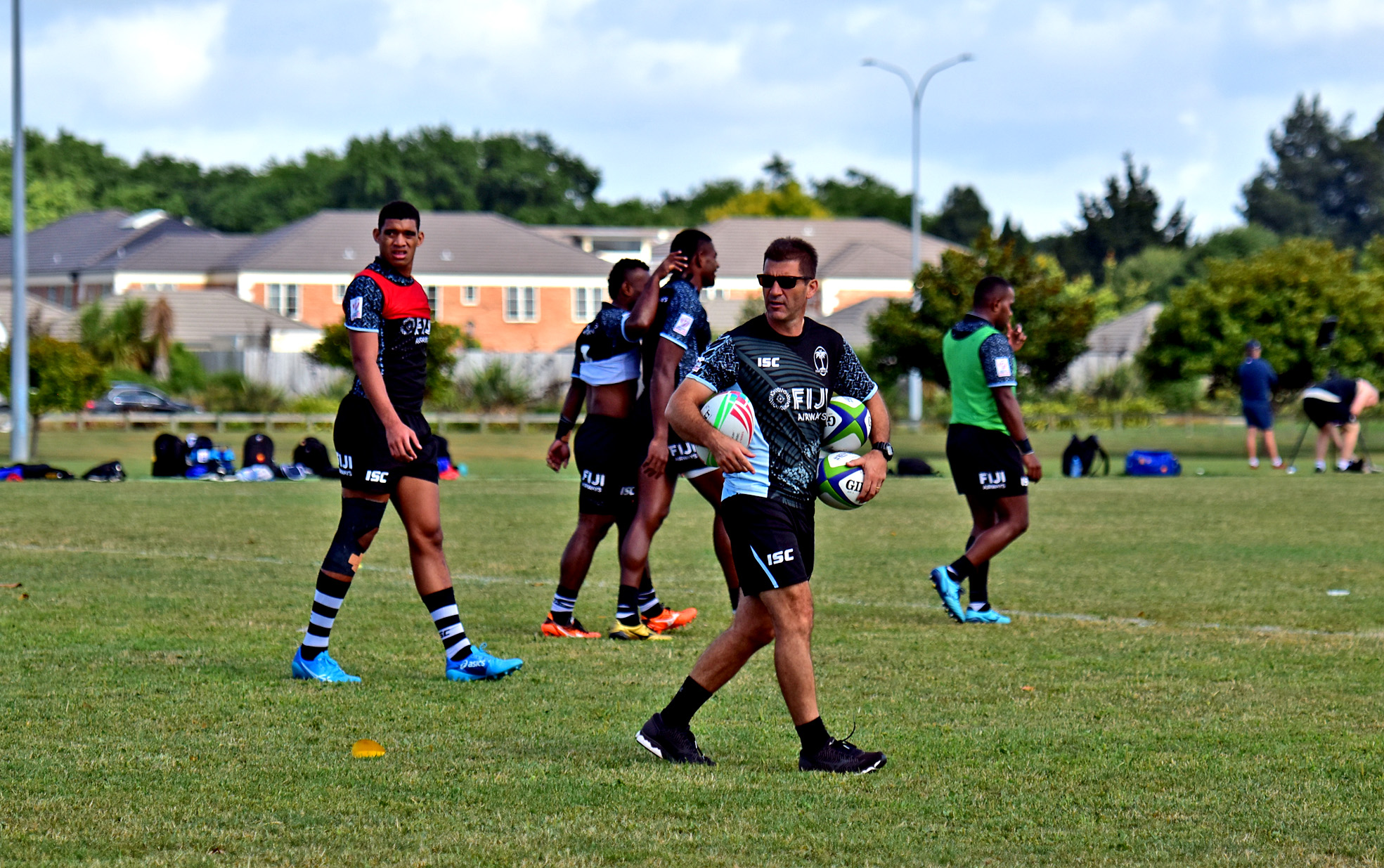 FIJI Airways Fiji 7s coach Gareth Baber is pushing for best performance from his men before they start the defence of the New Zealand 7s this weekend.

Baber’s men had a scrimmaging session against Canada on Monday and yesterday touched on team combination three days away from kick-off against Wales.

Fiji worked on its kick-off and split into two teams for an intensity session to perfect their combination in the lead-up to Saturday.

“We had a good sharp session with intensity that we bring into our games. That’s what we focused on,” Baber said.

“We played on the skills that we developed because that is how we will enter into our games this weekend. Everybody and every team in this tournament are working towards their plans and looking to topple Fiji”

He said he had been driving on improving the performance of players because this year’s New Zealand 7s would be tougher than last year.

“We keep moving forward even though we have memories here, but we keep on moving forward. This is a completely different tournament and we just have to look at teams such as Spain which frightened everybody in the first two tournaments. That level is ever increasing and more teams are now capable of beating each other. So we have to look after our mindset and look after our games and deliver what we do.”

“The new boys are good. The players know each other and look after each other well. It is unfortunate that the boys in the under-20 had just a period of time after they returned from the under-20 competition. Jerry (Tuwai) has spoken to them about the importance of leadership and he is happy with how respectful they (new players) are. They are humble and making sure they do the best they can do to put Fiji at the top.”

Baber is expected to name his run on team on Saturday, saying it would keep other teams guessing on Fiji’s tactics.