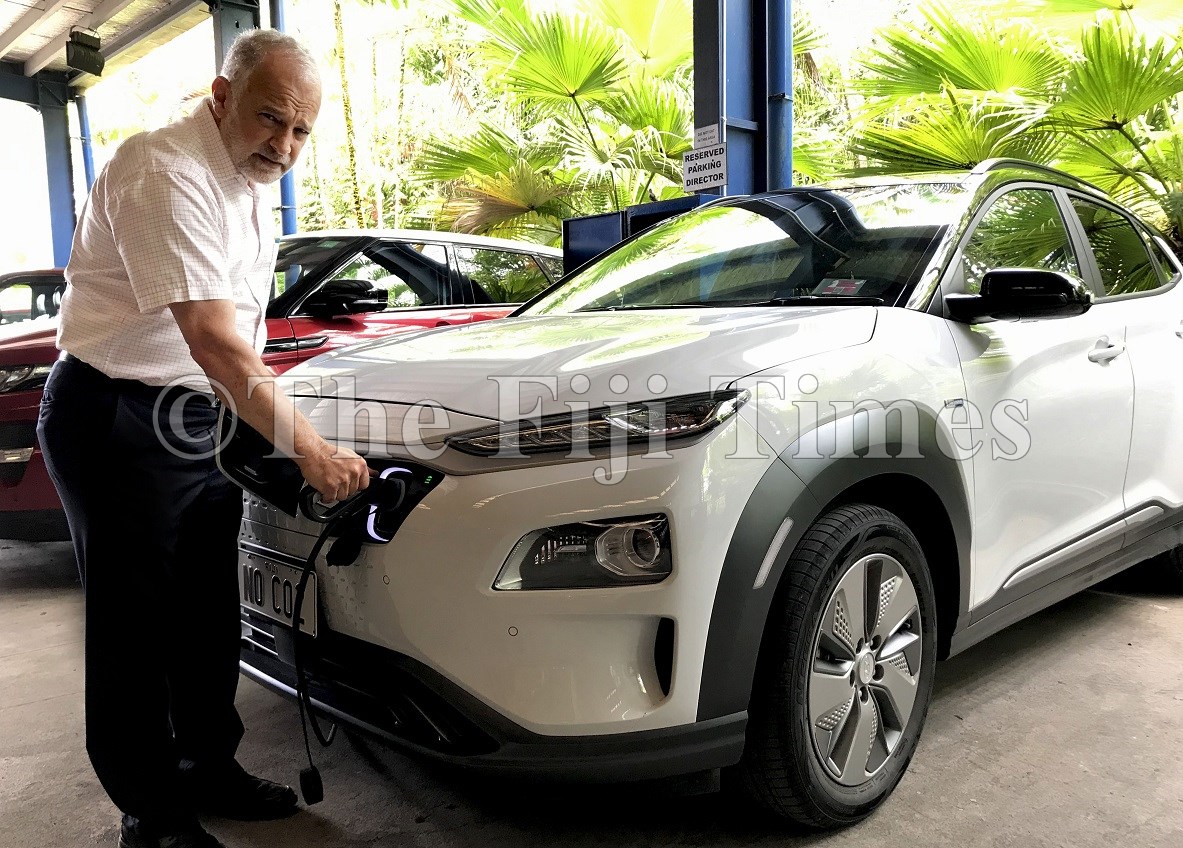 MARK One Apparel Pty Ltd managing director Mark Halabe believes electric cars are the solution to Fiji’s effort to reduce the use of fossil fuels.

Mr Halabe is only one of a few people in the country who owns an electric car — imported from Australia.

He mostly charges his car using solar power at his garment factory at the Kalabu Tax Free Zone in Nasinu.

“I think we all should get electric cars,” he said.

“I think with Government, in particular, our leader pursuing issues on the environment, I think with the first step of getting the hybrid cars, the logic is that to have electric cars.

“I’d love to see ministers driving in an electric SUV, and I think they will one day. Eventually predominant of government cars should be electric.

“All of these contribute to reducing our carbon footprint, and this is one way.

“I have solar panel roof so really the cost is really cheap if I can get solar panel to charge my car up,” he said.

Mr Halabe said with the fuel; import bill was excessive, so introducing electric cars could help ease the financial burden on authorities.

“Imagine this if it was in Lakeba or Gau or Taveuni where you don’t get petrol that easily. If you have solar energy, you can plug your car in and get going.

“The range of electric cars is getting better, electric trucks, vans, buses coming up — our aim should be to stop the black belching buses that we have out there and convert them into electric buses.

“We have plenty of sunshine in Fiji. I feel like the industry is not ready for it, but change is inevitable.

“This is the future.”

Mr Halabe said Government had imposed zero duty on electric cars and this should encourage more Fijians to get electric cars instead of cars running on fossil fuel.