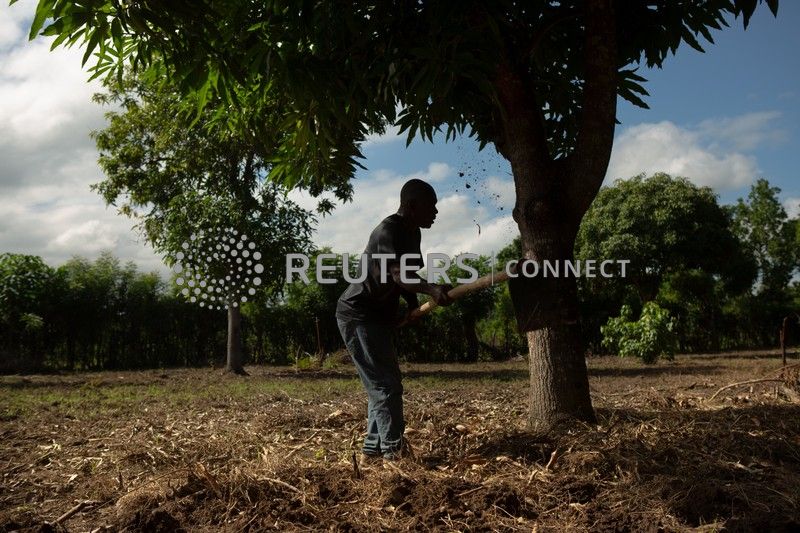 Farmer Remy Augustin, 54, prepares the ground to plant maize on a plot owned by his niece near Caracol, Haiti, December 10, 2019. His is one of 100 families of farmers still waiting to receive compensation from the Inter-American Development Bank for plots that they lost when the nearby Caracol Industrial Park was constructed. ìThe land I had was betteróit gave me so many bananas, peas, beans.î (photo by Allison Shelley)

CARACOL, Haiti (Thomson Reuters Foundation) – On a hot morning in December, Haitian farmer Remy Augustin lifted a pickaxe that was taller than him and began digging holes in a small plot of land. In each hole he dropped a few kernels of maize, which he covered with loose dirt. “I don’t have money to […]