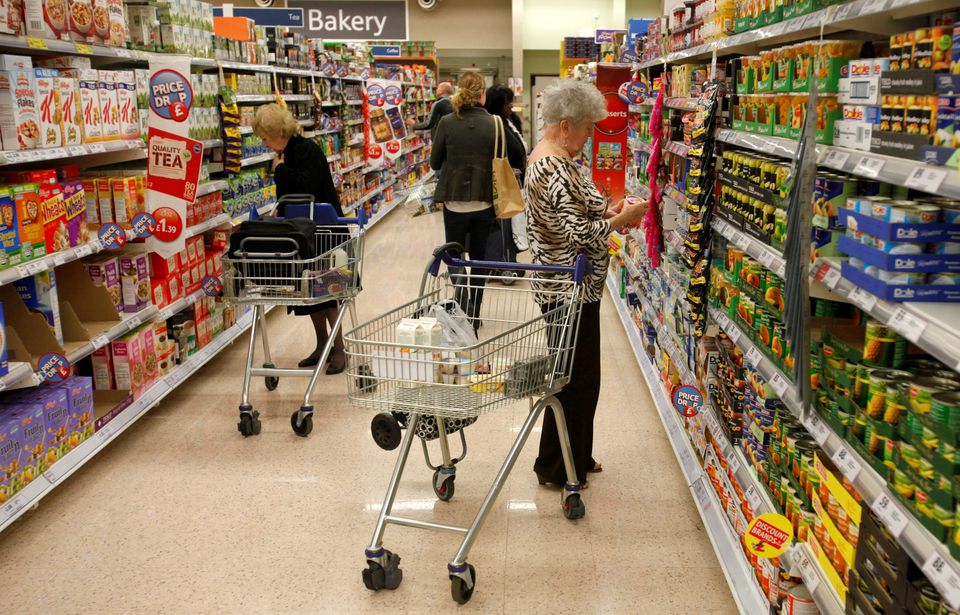 Customers shop for groceries in a supermarket in London October 18, 2011. REUTERS/Neil Hall/File Photo

LONDON, Feb 3 (Reuters) – Hackers are hitting Britain where it hurts by targeting some of its favourite savoury snacks, with the likes of Hula Hoops, KP Nuts, Butterkist popcorn and Nik Naks in their cyber sights.

The company behind those brands, KP Snacks, has revealed it has been hit by a cyber-attack which could hit supplies of popular snacks. It said it became aware last Friday that it was the victim of a ransomware attack, where hackers gain access to a network and hold data hostage.

“As soon as we became aware of the incident, we enacted our cybersecurity response plan and engaged a leading forensic information technology firm and legal counsel to assist us in our investigation,” added the British firm, well known for its crisps, or potato chips, brands that also include McCoy’s, Tyrrell’s and POM-BEAR.

“Our internal IT teams continue to work with third-party experts to assess the situation.”

KP Snacks, owned by German’s Intersnack, said it was continuing to keep staff, customers, and suppliers informed of any developments and apologised for the disruption caused.

According to the website Better Retailing, which first published news of the attack, KP Snacks has warned retailers of delivery delays.

Britain’s savoury snackers have endured a torrid time of late; in November, the country suffered a shortage of crisps after an IT system upgrade at Walkers, the country’s biggest producer, disrupted supplies. In December, Spar wholesaler James Hall was the victim of a cyber-attack, forcing the temporary closure of hundreds of stores. read more

Such snags have compounded delays in international supply chains and labour shortages in domestic transport and warehousing networks.