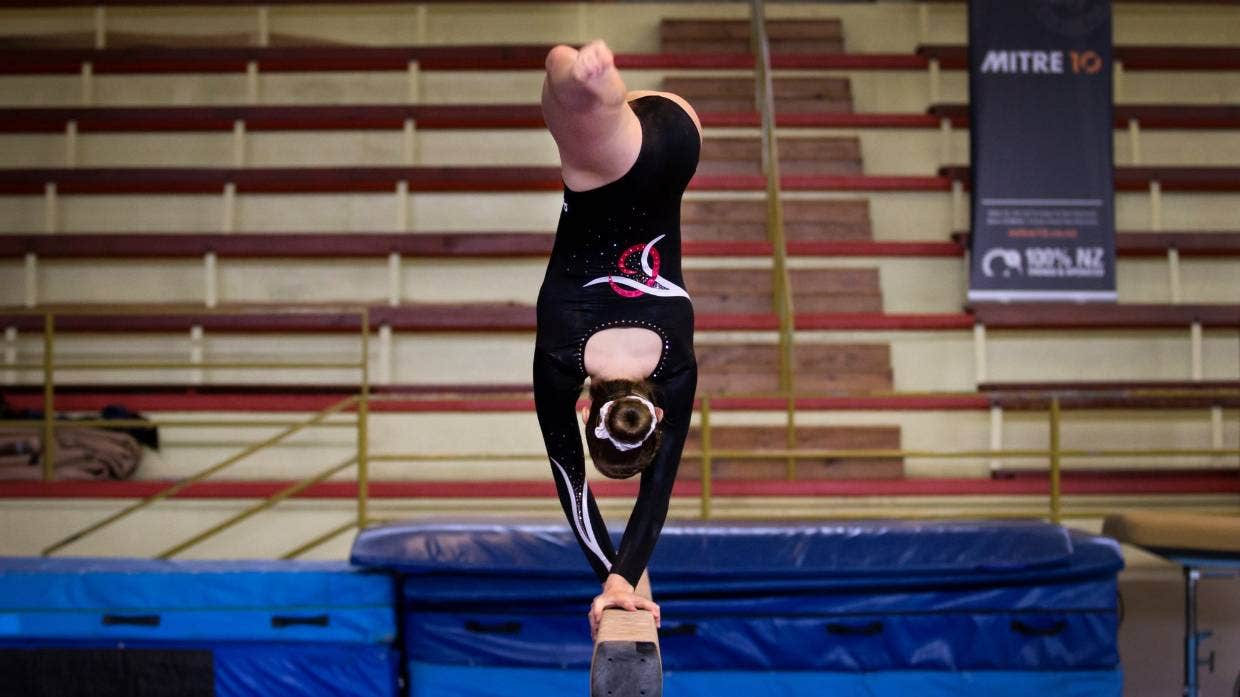 Gymnasts as young as nine have been training more than 27 hours a week. Picture: STUFF SPORTS

Artistic gymnasts trying to reach the highest levels in the sport are training more than 30 hours a week, often breaching both international and government guidelines.

There are also allegations athletes are being forced to return from injury early by coaches, and against doctors’ recommendations, at both club and elite level.

Several athletes reported training between 27 and 32 hours a week. Some were in their early teenage years, others were as young as nine.

One former Commonwealth Games athlete said at 18 she was training more than 44 hours a week in the build up to the Games, with a torn achilles tendon.

The long hours in the gym were driven by their coaches who instilled a normalised culture of long training hours, and to train and compete through the pain, athletes spoken to by Stuff say.

This follows an investigation into gymnastics by Stuff that uncovered alleged abusive practices and alleged bullying of athletes, coaches and judges.

It is alleged some athletes were forced to perform skills they weren’t prepared for, which led to serious injuries, including broken bones, dislocations and serious concussions.

Some claim their injuries are ongoing because of overuse. There are reports of gymnasts being told by coaches to remove casts before bones had properly healed.

They allege there is also a culture that an injury resulting in surgery is seen as a badge of honour, rather than something serious.

“The only way you’re respected is if you train through an injury, and you end up having to physically have a cast or surgery, [to] have something that shows you can’t use [a body part],” a former senior level athlete said.

She returned to the gym the day after having surgery for a gymnastics-related recurring injury, she said. She was in her mid-teenss at the time.

“[Returning to the gym] felt like a choice at the time, but if I hadn’t have come back I would have felt really bad,” she said. “You don’t miss a day for anything.”

Another former senior level gymnast said athletes were in a “constant state of confusion”.

Athletes were encouraged to tell their coaches they were injured, but then, more often than not, they were then told they were “making excuses” and their injuries were “not that bad”. They were often blamed for being injured.