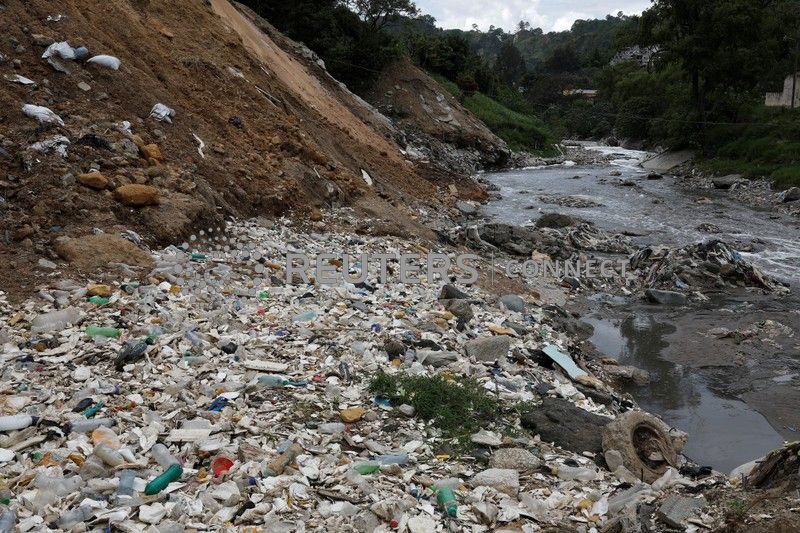 Plastic trash is pictured at the polluted Las Vacas river in the municipality of Chinautla, Guatemala September 20, 2019. REUTERS/Luis Echeverria

In its official gazette, the government said the public will have two years to find alternatives to the bags and various products such as plastic plates, cups and straws.

The new regulations, which do not need to be approved by Congress and already in force in some parts of the country, will include penalties for non-compliance, with exceptions such as for materials for medical purposes.

The colonial city of Antigua has already banned use of plastic bags and other products, as did the Sunday market in San Pedro La Laguna by Lake Atitlan, where residents opted to replace them with alternatives made of banana tree leaves.

Of all the waste produced in Guatemala, about 60 percent is organic and 40 percent inorganic, authorities say.

Guatemalan Environment Minister Alfonso Alonzo told a news conference that the measure would eliminate more than half of the non-organic waste produced in the country.

Panama banned the use of plastic bags in July to try to stop ecological damage on its beaches.

Birds, turtles, seals, whales and fish often become entangled or ingest the remnants of plastic bags in Latin America, one of the most biodiverse regions in the world. Plastic bags can take centuries to degrade.