Guam to allow entry to sailors from Covid-stricken aircraft carrier 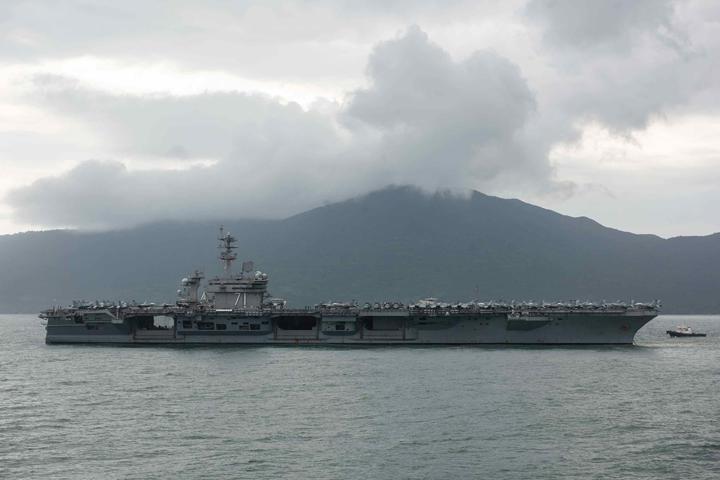 Guam’s government has agreed to host hundreds of sailors from a US aircraft carrier riddled with Covid-19 in local hotels.

The USS Theodore Roosevelt is currently docked in Guam after scores of people on board tested positive for the coronavirus.

Its commanding officer had earlier pleaded for urgent help to stop it spreading through the ship’s 4,000 sailors.

Captain Brett Crozier wrote that the carrier lacked enough quarantine and isolation facilities and warned the current strategy would slow but fail to eradicate the virus.

“We are not at war. Sailors do not need to die. If we do not act now, we are failing to properly take care of our most trusted asset – our sailors,” Mr Crozier wrote.

At a news conference on Wednesday, Guam’s governor Lou Leon Guerrero, said sailors who do not have Covid-19 will stay at hotels under strict quarantine.

Joint Region Marianas commander Rear Admiral John Menoni wouldn’t say how many will be taken off the ship.

“The plan at at this time is to remove as many people from the Teddy Roosevelt as we can, understanding that we have to leave a certain amount of folks on board to do normal watchstanding duties to keep the ship running,” he said.

“But it’s gonna be in manageable groups and they’ll be transported and controlled by military personnel only.”

Mr Menoni said a strict no-contact policy between sailors and the local community will be enforced.

Guam today reached 69 cases of the coronavirus, the worst outbreak in the Pacific, although the numbers on the US aircraft carrier are not included in the territory’s figures.