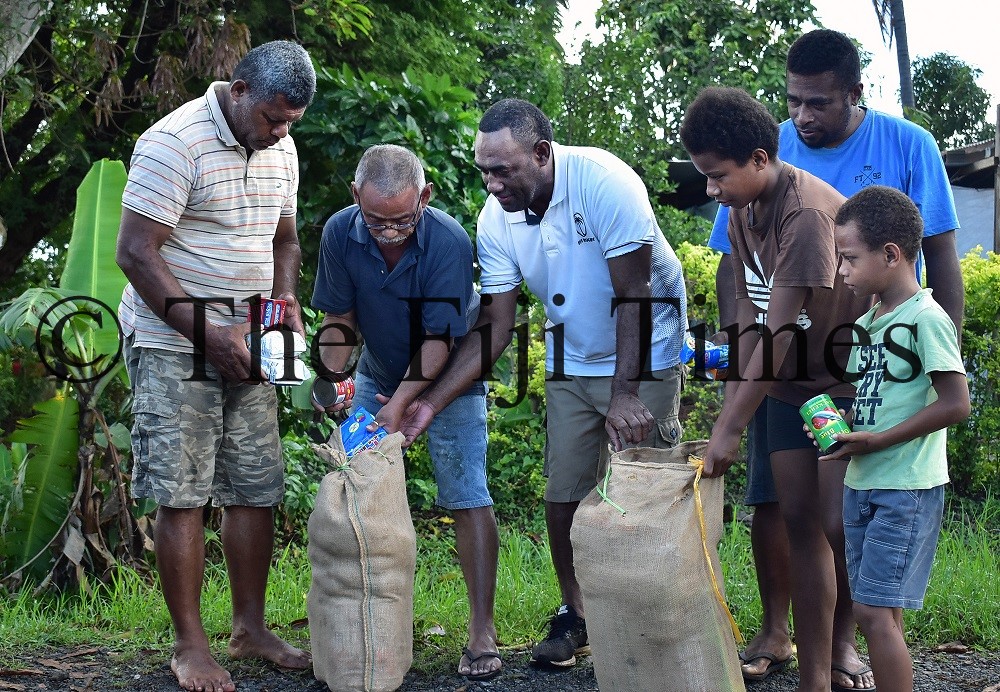 Allen Lockington (second from left) with Joeli Sauqaqa sort out the donated items for the recipients of Tore settlement in Lovu, Lautoka. Picture: BALJEET SINGH

More than $15,000 worth of groceries has been given by a group of Lautoka residents who have taken it upon themselves to assist families affected by the COVID-19 pandemic.

The members of the Lautoka Residents and Ratepayers Association have been assisting families between Lautoka and Nadi who have been without work since March.

“Most of the donations that we receive are from kind-hearted people who just wanted to help,” he said.

“We’ve had people send in money from Nebraska, USA, from Norway and other parts of the world.

“Some of those who have donated are surviving on weekly wages but they still offered to send us $100 to assist in buying groceries for those in need.”

He said businesses had also reached out to them.

“A lot of them don’t want their names mentioned or publicised. They have given us money and that has allowed us to keep doing this every week.

“To them, we want to express our gratitude because without their help we wouldn’t be able to do this.

“We also wanted to thank the Balawa Grog Shop for giving us three vehicles which were used to deliver the groceries.

“We just want to make sure that these families are able to survive while they are at home.”