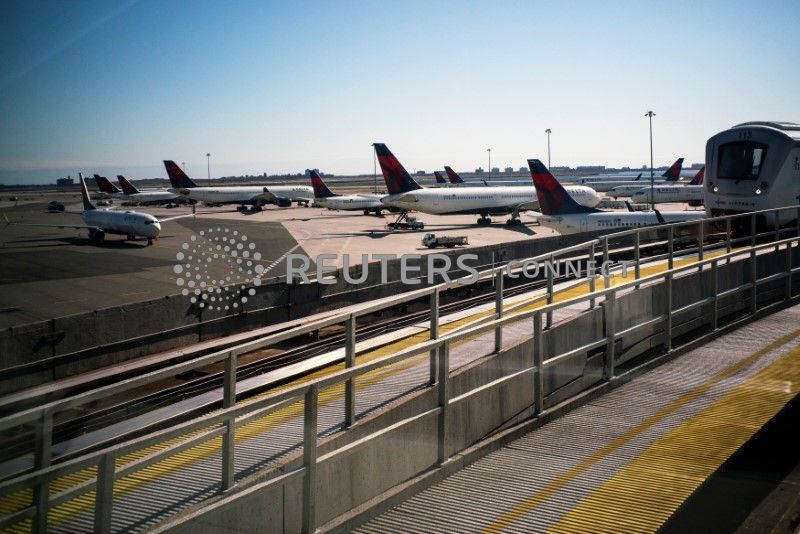 LONDON (Reuters) – Aeroplanes with a total insured value of more than $160 billion are grounded around the world, presenting risks for insurers, a report said on Friday.

Singapore has the largest number of planes standing idle at airports, at 205, with Hong Kong second at 178, the report by insurance broker Gallagher said.

There are 158 planes on the ground in Madrid though only 40 in New York, with planes at the world’s 20 biggest airports having a total insured value of $164 billion.

Airlines have seen revenues slump as a result of the coronavirus pandemic which has led to travel lockdowns around the world.

“There will be airline failures, meaning unpaid premiums and bad debt,” Bruce Carman, Chief Underwriting Officer at Hive Aero, said in the report.

The airlines will likely seek some of their premiums back because passenger numbers are heavily reduced, he added.

Groups of grounded aircraft also present risks for so-called “aviation war” underwriters, as they are a far larger target for terror attacks.

The lead insurers in consortia of aviation underwriters are turning down some renewal business, with particular concerns including non-Western built aircraft and older aircraft, the report said.

Where insurers are offering cover, they are seeking rate increases of at least 20-25%, Gallagher said. Aviation insurance rates have been falling for many years due to an improving safety record and steep competition.