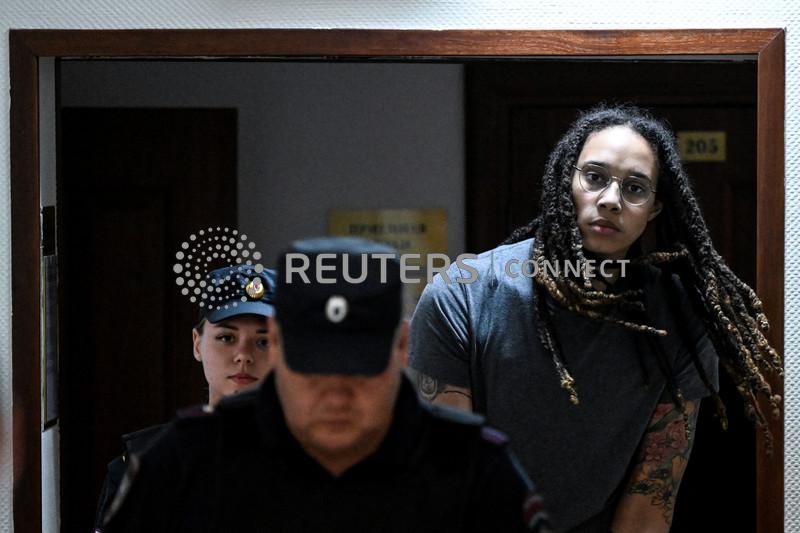 U.S. basketball player Brittney Griner, who was detained at Moscow's Sheremetyevo airport and later charged with illegal possession of cannabis, is escorted in a court building in Khimki outside Moscow, Russia August 4, 2022. Kirill Kudryavtsev/Pool via REUTERS

(Reuters) – Brittney Griner’s defence said on Thursday that they will file an appeal on behalf of the U.S. basketball star who was jailed for 9 years by a Russian court on drugs charges.

Griner’s defence team said that in sentencing the court had ignored all evidence they had presented as well as Griner’s guilty plea. They said they were “disappointed” by the verdict.