Griner sentenced to nine years in prison in Russia 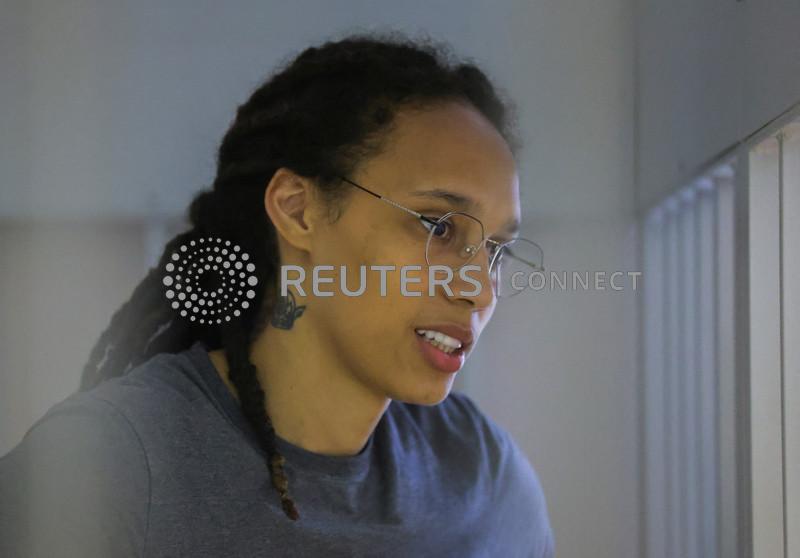 U.S. basketball player Brittney Griner, who was detained at Moscow's Sheremetyevo airport and later charged with illegal possession of cannabis, stands inside a defendants' cage during the reading of the court's verdict in Khimki outside Moscow, Russia August 4, 2022. REUTERS/Evgenia Novozhenina/Pool

A Russian state prosecutor had requested 9.5 years in prison for Griner, who said in her closing remarks that bringing the cartridges into Russia had been “an honest mistake”

After the sentencing, Griner appeared sad and stony-faced, and said she understood the sentence.