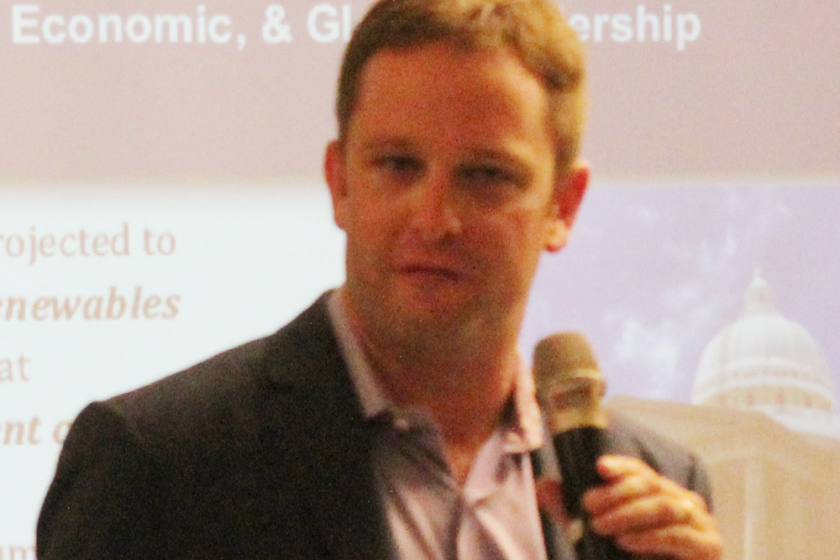 Davis, in an e-mail to Island Times, has provided examples of clean energy projects from different parts of the world to show why the proposed power rate set under the signed agreement is the best deal for the country.

The senate’s refusal to sign the resolution that would ratify the agreement had prompted Davis to break his silence and explained the terms under the agreement that are put into question.

Among the concerns raised by the Senate was whether or not Palau are going to pay a power bill at a cost that is fair.

Davis has cited six similar clean energy projects in different parts of the world to provide some insights why the agreed $0.19/kWh with Engie Eps is a great deal and these projects are located in Samoa, Tuvalu, Molokai, African Island, Grenada and the US Virgin Islands.

Of the six projects named, the ones in Molokai and the US Virgin Islands have the lowest power purchase rate pegged only at $0.18/kWh. However, the rate paid for these projects, according to Davis, have additional escalation and that these rate had only become low because these projects received 40% and 30-40% government subsidies, respectively. But for the government to be able to subsidize a project, it will need to do that by taxing the people, Davis explained to Island Times.

“If the ROP (Republic of Palau) government subsidized or co-invested in the project, as with some of the projects mentioned above, naturally the tariff could go down even further but that would simply be another way of charging the people through taxation,” Davis explained.

According to Davis, Samoa pays $0.33/kWh with additional feed-in tariff government sunsidy, Tuvalu projected to pay $0.40/kWh cost, African Island Engie Project at $0.24/kWh, Grenada’s ranges between $0.21 kWh to $0.44/kWh but with only minimal to no battery storage, and the US Virgin Islands pays an average $0.18/kWh but with additional escalation and is subsidized by the government.

Davis stressed that under the agreement with Engie Eps, Palau maintains a power purchase rate of only $0.19/kWh in the first five years of the project’s operation and yet it is not subsidized by the government, in other words, the government will not spend a single cent for the project.

“This particular deal (the deal with Engie) avoids those disingenuous financial structures, and simply delivers exactly what it says – a completely unsubsidized rate, and only for what Palau needs and uses,” Davis said.

Island Times previously reported that under the signed agreement, PPUC is going to pay $0.19/kWh from Engie Eps in the first five years of the project’s operation, 20 cents per kWh from the sixth year to the 20th year, and 20.5 cents/kWh from 21st year to the 30th year.

PPUC is currently purchasing fuel from two diesel companies at a cost of 20.6 cents to generate one kilowatt hour and that they are projecting that this will increase to over 21 cents in the coming years. Under the PPA with Engie Eps, PPUC will buy 19 cents per kilowatt hour in the first five years and this means 1.6 cents savings per kilowatt hour for Palau.

Aside from that, Davis also pointed out that the Japan International Cooperation Agency (JICA) had projected that for Palau to generate 45% renewable energy – its nationally determined contribution under the Paris Climate Agreement, it will need to impose a rate of $0.44/Kwh, an amount that is higher than what is proposed under the PPA.

Davis further underscored that unlike the six clean energy projects that he cited, the microgrid project in Palau does not only focus to provide electricity in its densest areas but it will as well provide “clean, accessible, reliable, and inexpensive energy for the country’s outlying islands.”

According to Davis, Engie can actually deliver a lower power purchase price than what the national congress has initially requested which is only $0.15/kWh but this would mean having no batteries, a grid that is volatile and at risk with an intermittent resource, minimal cost savings, and the initiative eventually failing.