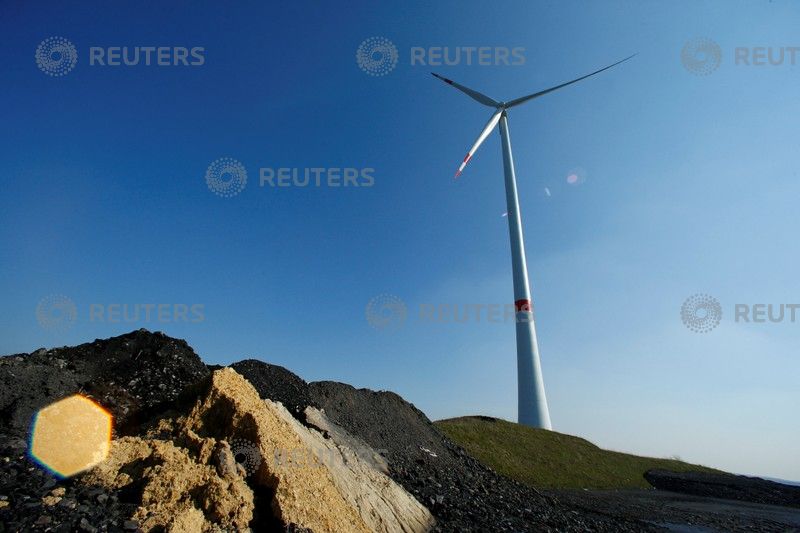 FRANKFURT (Reuters) – Green energy is on track to overtake coal as Germany’s main power source this year, with renewables set to cover a record 38 percent of the country’s electricity consumption, two percent up from 2017, two energy industry groups said on Thursday.

The figures from the energy industry group BDEW and research institute ZSW confirm their forecast in early November, which predicted the increase in green power’s share of electricity consumption.

Renewable production as a single category has been closing in on the contribution of individual fossil fuels in Germany since the country embarked on a path towards greater reliance on wind and solar last decade.

The renewables contribution is politically significant in Europe’s biggest economy, which wants the share of renewables to reach 65 per cent by 2030.

The final numbers each year depend on weather patterns, which have to produce high enough wind speeds and sunshine to fuel turbines and solar panels.

An extensive drought since the spring of 2018 resulted in a fall in hydroelectric power production by 16 per cent year-on-year to a total of 17 billion kWh, the two groups noted in a statement.

But the expansion of renewables as a whole continued, allowing green power to overtake the share of imported hard coal and domestic brown coal.

The two fuels met 36 per cent of power consumption in the first nine months of the year.

Germany relies on a mixture of coal, renewables, nuclear and gas for its energy.

For the full year, output from renewable power sources such as wind, solar, biomass and hydropower plants will contribute a total 229 billion kilowatt hours (kWh), the two parties said in the statement.

This accounts for 38 per cent of recorded electricity usage of 599 billion kWh.

The share of green energy had reached 36.1 per cent of consumption last year.

Separately, the power industry wants the government to enforce more carbon dioxide reductions from the heat and transport sectors to help Germany to meet its climate goals.

Staiss said the car industry had not improved its CO2 record in 15 years.