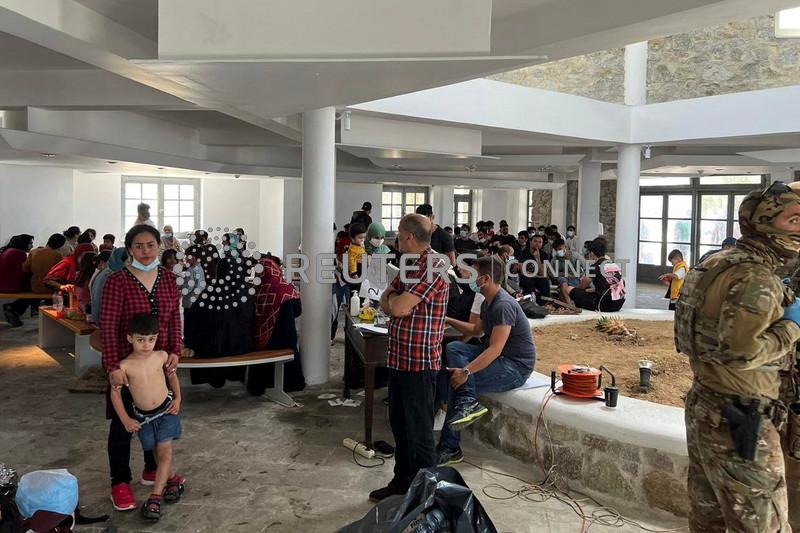 ATHENS (Reuters) – Greece’s coastguard continued to search for four missing migrants off the island of Mykonos on Sunday after rescuing another 108 migrants on a sailboat that sent a distress signal late on Saturday, officials said.

A coastguard vessel located the sailboat about 1.8 nautical miles southeast of Delos, a small island near Mykonos. The sailboat was taking in water and was towed safely to a Mykonos port.

Mykonos is a popular island in the Aegean sea known for its vibrant nightlife.

The nationality of the 108 rescued migrants, among them 24 women and 21 children, had not yet been determined, coastgurad officials said. None wore life vests.

Greece is the main route into the European Union for asylum-seekers arriving from Turkey. The number of arrivals has fallen sharply since 2016 after the EU and Ankara agreed a deal to stop migrants from crossing to Greece.