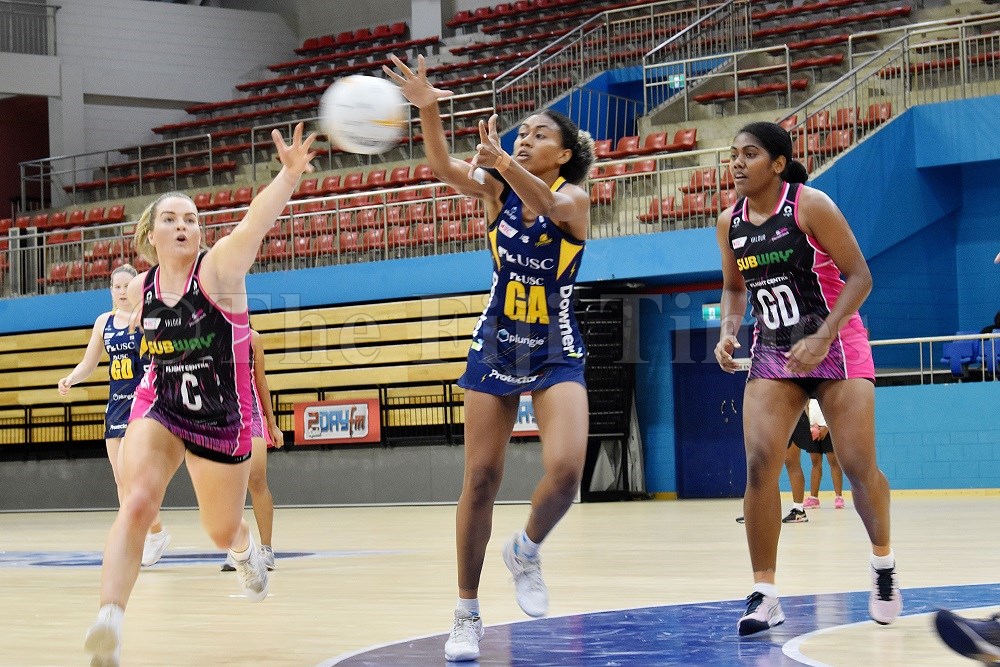 The Fiji Pearls have been on their toes learning and regrouping with the cohort of Suncorp Super Netball League athletes.

Ending their one week program with a FAST5 Exhibition match sees the Fiji Pearls joining force with Adelaide Thunderbirds and the Sunshine Coast Lightning to form two teams for the match at the Vodafone Arena in Suva yesterday.

Sunshine Coast Lightning beat Adelaide Thunderbirds 47-27. Coach Unaisi Rokoura thanked the Australian government for its support in terms of their build-up towards the Netball World Cup next year.

“This week has been very important for us the SSM players having to have them here this is this is an educational week also for Fiji Pearls and to learn from overseas players and being able to see high performance athlete the routine training.

“For us, the coaching and the management team, this is an opportunity to learn from some high profile coaches in Australia and build on that and see what we can gather from enough information to help us build a team for South Africa.

“What we have done now we’ve regrouped after the qualifiers you know and now we’ve put the plan together for a road to Cape Town and all that of course we’ve got two or two tours planned for the season.

“For the end of the year, we have got the October Pacific All Spot Series, which is going to be held on the Sunshine Coast from October 16 to the 23.

“And then we’re very fortunate to be to be invited to the nation’s cup in Singapore, in December 4 to the 13. We are using this as our build up for next year’s world cup and every opportunity that we have matters.”