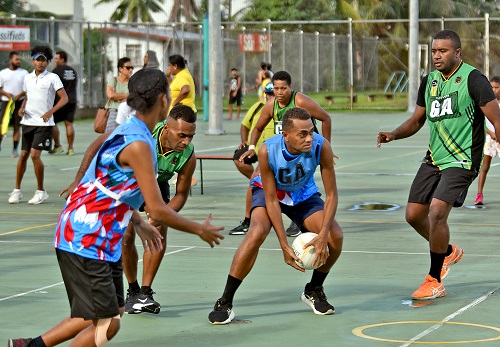 Tikiko Tubailagi of Tagimoucia looks for support against Lomaiviti in the finals of the mixed netball during the Suva Netball Association competition at the National Netball Centre at Laucala Bay, Suva on Saturday, May 28, 2022. Picture: JONACANI LALAKOBAU

For the mixed grade, Tagimoucia Phoenix won 24 against Lomaiviti Wakaya 20, and in the men’s grade Alumni defeated CBM.

In the Super Grade, Tagimoucia Flames was leading the first quarter to Lomaiviti Ovalau when the match was called off because of the time allocated to use the court had expired.

The schedule to continue the finals for the super grade is yet to be confirmed.

The SNA looks forward to kick-off its Business house next Thursday.