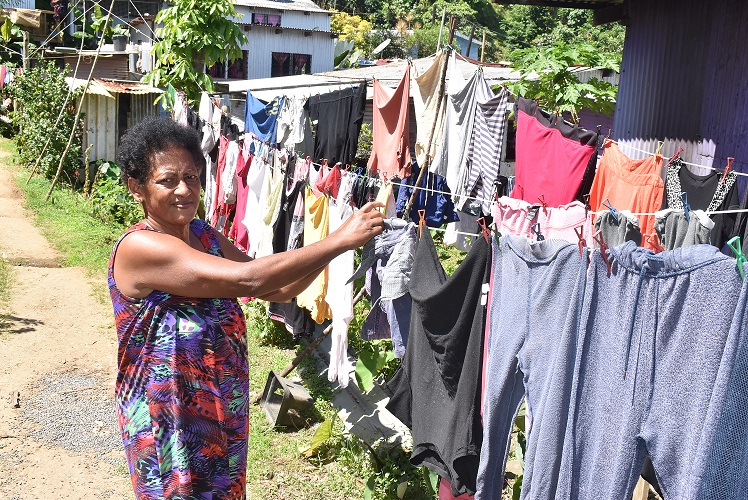 A 61-year-old grandmother who has been raising her deceased daughter’s three children since birth says she has been hit with a double whammy.

Mererai Vesikula said she was not eligible for the Government’s $180 payment for school and non-school age children and for some unknown reason, her two grandchildren have been denied the government free bus fare cards.

The Kalekana, Lami, resident said she has been taking care of her three grandchildren since birth and it was unfair that guardians would not be given the $180 payment.

“I’m still waiting to receive assistance for two of my late daughter’s children,” she said.

“Life is very difficult at the moment as grocery prices are really high and it’s very hard to manage alone.

“For some unknown reason, two of the children’s bus fare cards were also stopped, so now I’m paying for their bus fare, too.”

Ms Vesikula said soon after her daughter’s death, she bought an oven to bake cakes and pies to earn money for their survival.

“I bake and sell on the weekends and operate a community canteen, but most of the time people come and buy on credit – so I’m not able to earn enough.

“I was hoping to get the $180 for my two grandchildren, who are in primary and secondary school.

“I just want to ask the Government to assist guardians like me with this assistance because I am 61 years old and I feel bad when other children who have both their parents are receiving it and not me – an old lady supporting her grandchildren.”

• Questions sent to Economy Minister Aiyaz Sayed-Khaiyum on Friday on whether guardians would qualify for the $180 payment remained unanswered when this edition went to press.