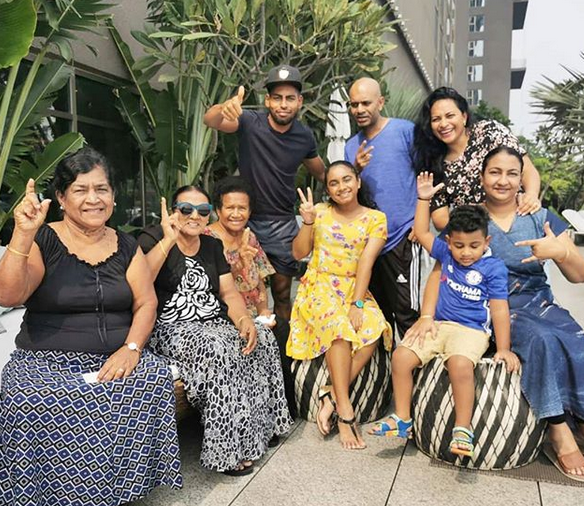 WHEN Roy Krishna scored his two goals against Jamshedpur last month, he did so in front of a special visitor.

She made the long journey from Labasa to watch the former Wellington Phoenix star play for his new club, Indian Super League side ATK.

“To come all the way to India to watch my game, I’m just blessed to have her in my life. She loved every bit of it,” Krishna said.

“That was her dream, to travel overseas. She was saying she wanted to watch me play so I made it possible. It was hard for her to travel this far but she had my in-laws with her which made it easier. There was eight of them who travelled.”

They picked a good game to come and watch, with Krishna scoring twice from the penalty spot and assisting on the other to secure a 3-1 win — an individual performance that contributed towards the 32-year-old winning the ISL’s player of the month award for November.

“I need to tell her to come every week,” he said.

Krishna took the Phoenix by surprise when he rejected a contract extension in favour of signing with ATK shortly after winning the Johnny Warren Medal, an honour bestowed to the best player in the A-League.

On the back of a career-best season where he scored 19 goals, many thought Krishna would test himself in a superior competition elsewhere in Asia if he was to leave Wellington.

But he said the decision to join ATK was made with his family’s best interests at heart.

While in Wellington, the speedy striker lived apart from his wife Naziah Ali.

However, a move to India has provided greater financial security for the couple, who can now be together on a permanent basis.

Krishna said he is now happier off the field, which he believes is translating into stronger performances on it.