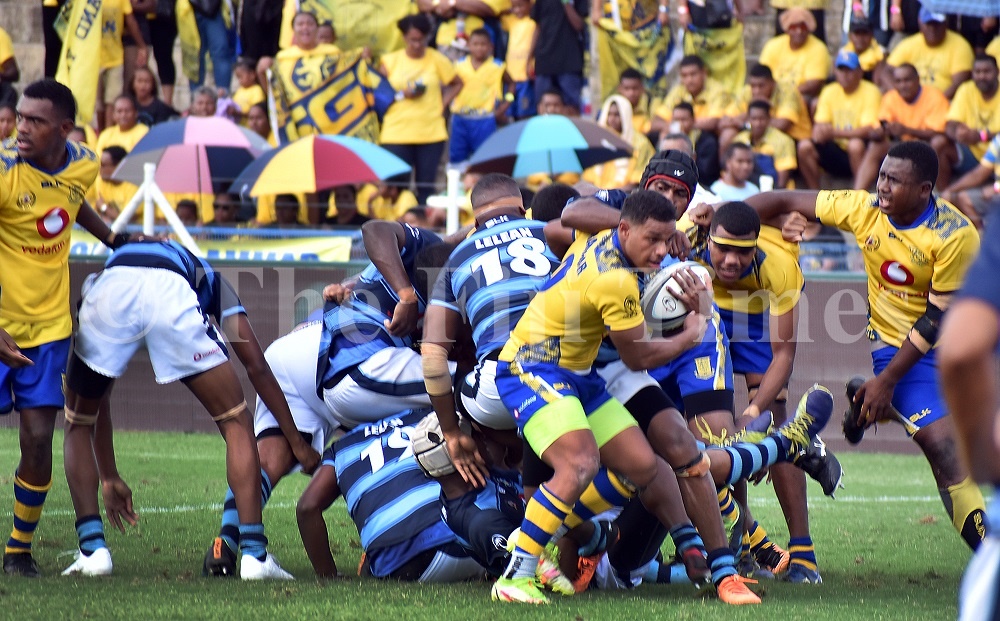 Suva Grammar School is off to the Vodafone Super Deans Championship semi-finals next week after they defeated Lelean Memorial School 21-8.

Team manager Bulou Vola Wainiqolo says they are taking one step at a time.

“We had worked on our weakness before this competition that had enabled us to execute our game plan and win,” she said.

“Three players had been selected to be part of the Fijian Under-18 side which will tour New Zealand early next month. That is a bonus for us because we have players who are now representing the country and setting the foundation for the other players to follow their footsteps.

“We have a lot of talent in the squad and the players have proven their worth.”

The boys from Veiuto were filled with joy as they thumped one of the top teams in the Eastern Zone.

Bulou Vola said this was just the beginning of the good things that were waiting for them and that was the semi-final.

“We will stick to the value and the motto of the team which is character over talent. “Our preparation will be more intense and look in to our mistakes from this match and work on it.”

The boys from Nasese will take on Natabua at Prince Charles Park in Nadi. She added that Natabua was a good team.

“We look up to Natabua and we know since the semi-final will be held in their territory they will definitely come in strong.

“It’s going to be different and what Natabua is going to bring we’re ready for it.”