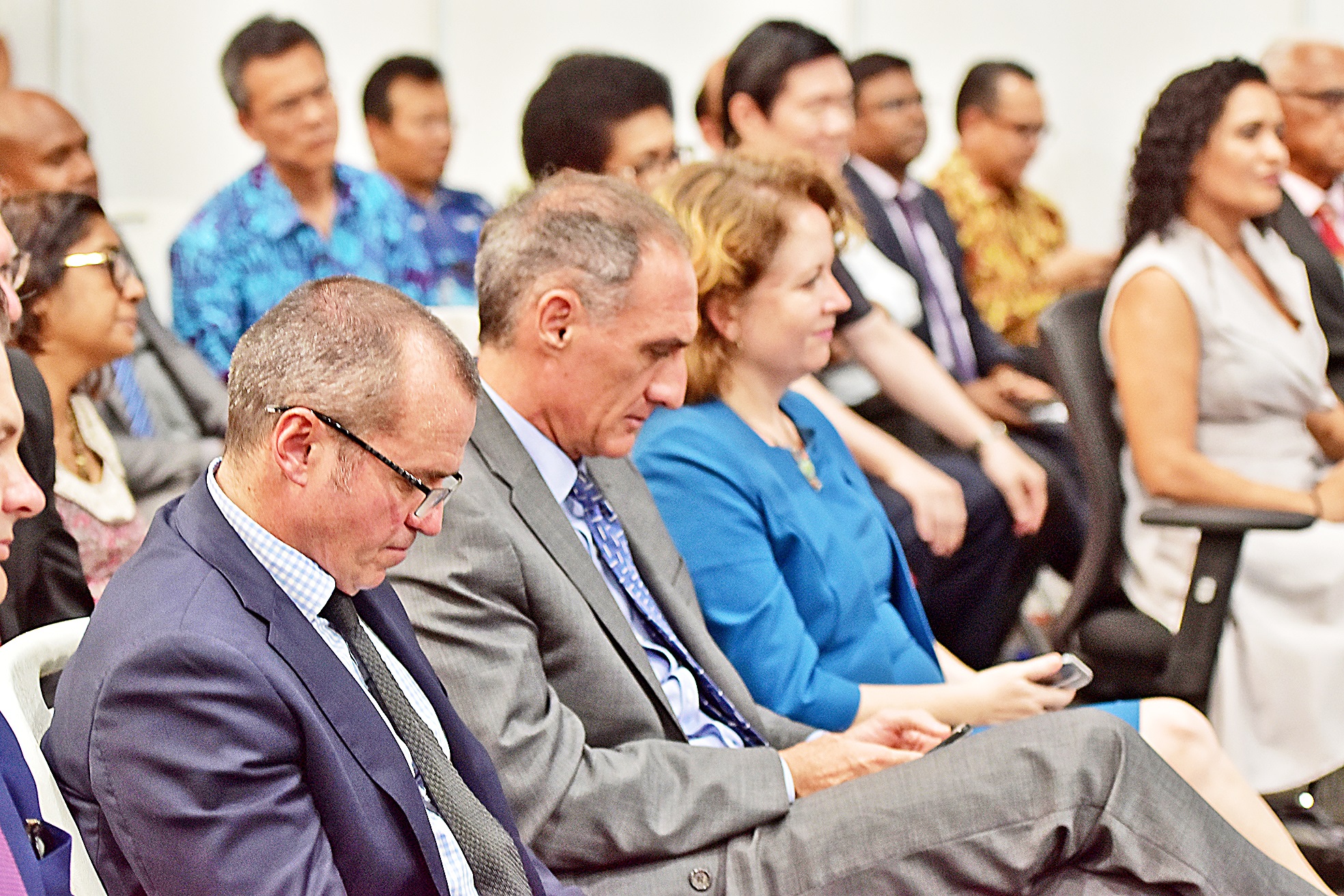 Australian High Commissioner to Fiji John Feakes (nearest to camera) with other dignatries during the hand over of the writ of elections to the president of Fiji Jioji Konrote at GPH yesterday. Picture: RAMA

FOREIGN governments have vowed to continue strengthening bilateral relations with Fiji after the re-election of the FijiFirst party to lead government for another four years.

Australian High Commissioner to Fiji John Feakes congratulated the Fijian people and the Fijian Elections Office for the successful conduct of the 2018 General Election and said the Australian government looked forward to working closely with Government in the years ahead.

“As the MOG said on Friday, the election was free, fair and credible and reflected the will of the Fijian people. I’d also like to congratulate the Fijian Government for being re-elected and the Opposition for taking part in the election,” Mr Feakes said.

Indonesian ambassador to Fiji Benyamin Carnadi said from what they have seen through the Multinational Observer Group interim statement, the November 14 election was conducted in a transparent and credible manner.

“We are looking forward to working with the new government and we continue with our existing programs in deepening and expanding Indonesia and Fiji’s bilateral relations,” he said.

“Like any parliamentarian anywhere in the world, they have a big job to do and that’s really important for the country and I wish them all the best with that,” Mr Curr said.

Indian High Commissioner to Fiji Vishvas Sapkal said this election was professionally conducted and he commended the FEO, the Electoral Commission and the Fijian voters.

The FijiFirst party will take 27 seats out of the 51-member Parliament, while the Social Democratic Liberal Party and the National Federation Party will make up the 24-member Opposition.