Government’s job to ensure water is delivered to people: Usamate 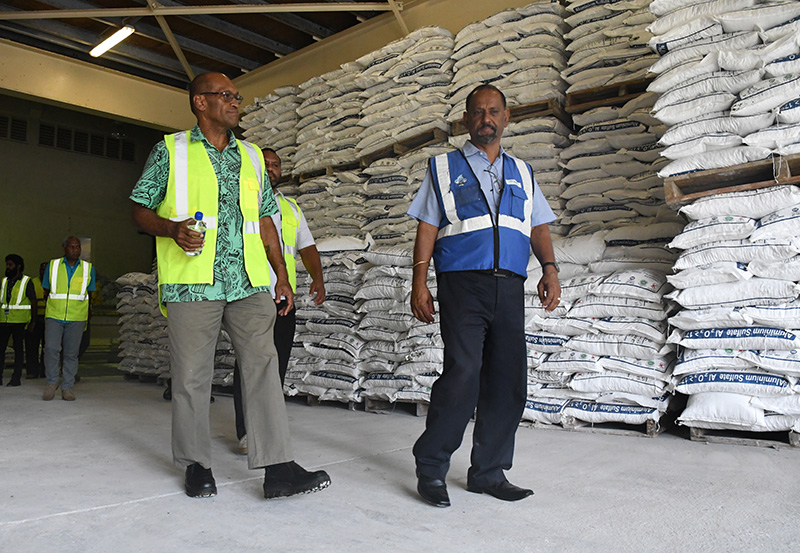 “WATER is a fundamental right for all Fijians and it is the Government’s job to ensure that we deliver.”

These were the sentiments of Minister for Infrastructure, Transport, Disaster Management and Meteorological Services Jone Usamate during his first tour – as the line Minster – of the Waste Water Treatment Plant in Kinoya, Wailoku Treatment Plant, Waimanu Pump Station and the Waila Treatment Plant today.

“I have seen first-hand the Government’s substantial investment into the Water Authority of Fiji and also know the extent of how far WAF is willing to go to ensure water comes out of the tap of every Fijian household. With that being said, we must also learn to use water wisely,” Mr Usamate was quoted saying in a Government statement.

He noted his appreciation toward the Water Authority of Fiji and its future projects.

“The Viria project is an example of WAF’s future plans that will help people in the greater Suva area. Not only that, plans to extend the SCADA system (Supervisory Control at Data Acquisition) to the West will also see WAF provide the best available service to all Fijians,” he added.

WAF acting GM Operations Sekove Uluinayau said they had been raising awareness through their Water Champions Program so people understood the extent WAF went through to deliver water to Fijians.

He said they were happy to host Mr Usamate so he understood what they were doing, the challenges faced, how those challenges were addressed, and the future plans they had in order to meet the growing demand for water.