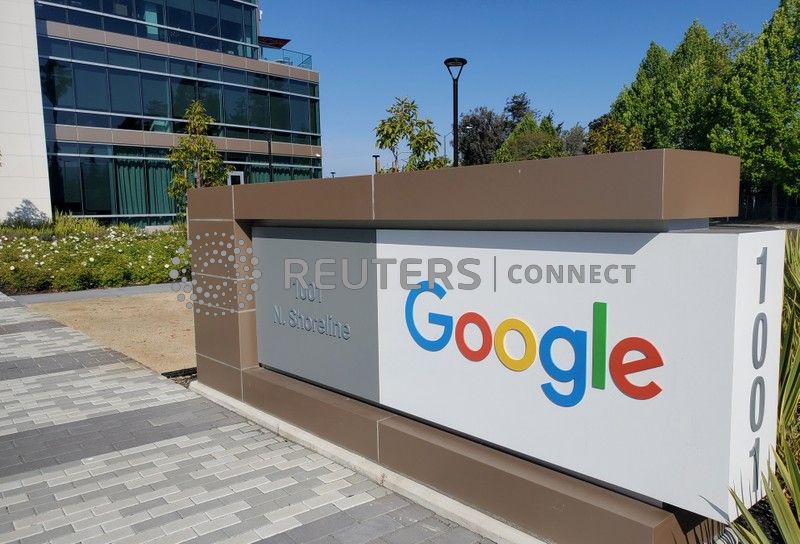 FILE PHOTO: A sign is pictured outs a Google office near the company's headquarters in Mountain View, California, U.S., May 8, 2019. REUTERS/Dave Paresh

The move comes at a time when social media platforms are under pressure over their handling of political advertising ahead of the U.S. presidential election in 2020.

Social media giant Facebook Inc <FB.O> has been criticised by lawmakers and regulators over its decision to not fact-check ads run by politicians on its platform, while Twitter <TWTR.O> has decided to ban political ads.

Google said on Wednesday it would start limiting audience targeting for election ads to age, gender and general location at a postal code level. Previously, verified political advertisers could also target ads using data such as whether the users were left-leaning, right-leaning or independent.

Google said political advertisers can still do contextual targeting, such as serving ads to people reading a certain story or watching a particular video.

The company will begin enforcing the new approach in the United Kingdom within a week, ahead of the country’s general election on Dec. 12. It said it would begin enforcing it in the European Union by the end of the year and in the rest of the world starting on Jan. 6, 2020.

“Given recent concerns and debates about political advertising, and the importance of shared trust in the democratic process, we want to improve voters’ confidence in the political ads they may see on our ad platforms,” Scott Spencer, vice president of product management for Google Ads, said in the blog post.

Google added examples to its misrepresentation policy to show that it would not allow false claims about election results or the eligibility of political candidates.

A Google spokeswoman told Reuters on Wednesday that the video would still be allowed under the updated policies.

Google also added examples to its ad policies to clarify that it prohibits doctored and manipulated media.