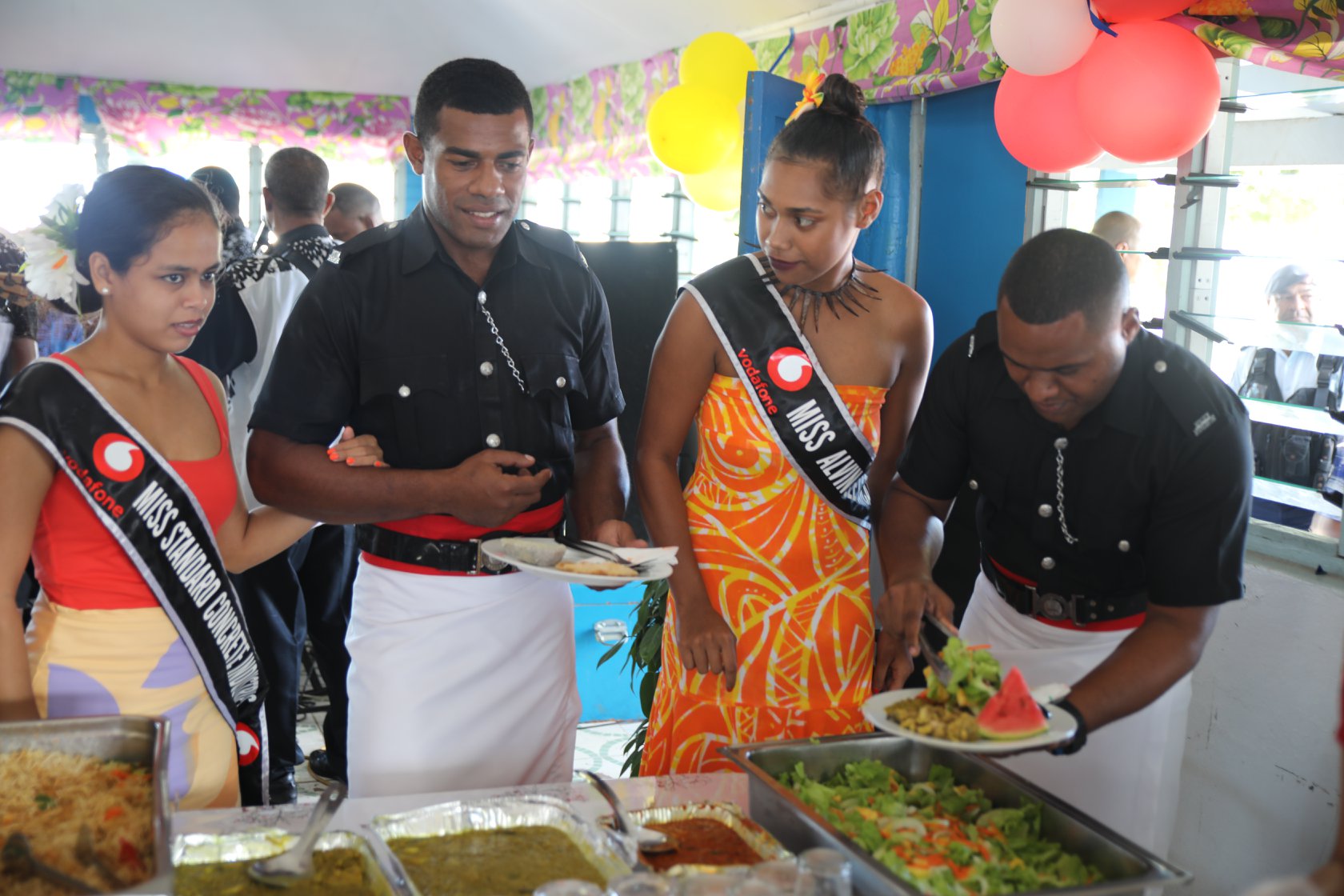 The six contestants of the 2019 Vodafone Millineum Sinu Festival were today hosted by the Fiji Police Force.

Officers based at the Valelevu Police Station today contestants for lunch.

The six contestants were accompanied by current queen Esther Vulaono Vateitei who thanked the officers for their hard work and sleepless night in keeping the festival a crime free one.

Contestants are advocating the issue of Non Communicable diseases.