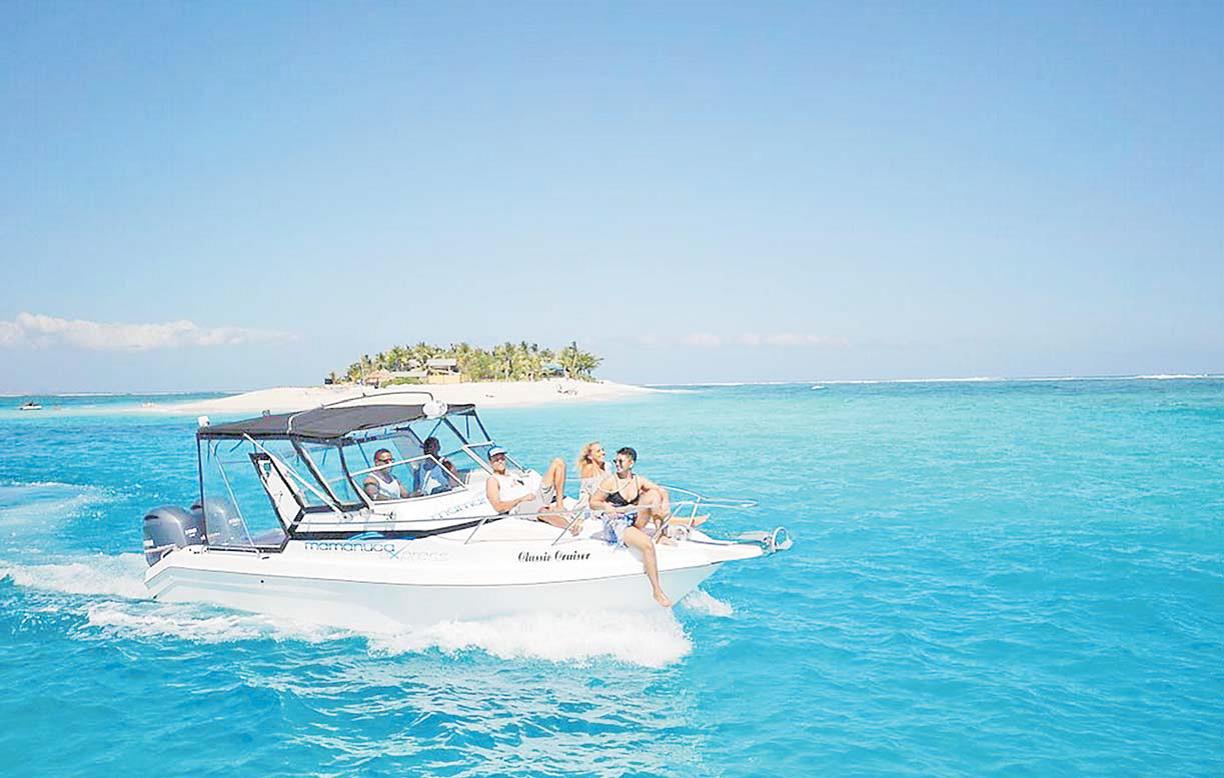 Fiji recorded $337.5 million in tourism earnings in the second quarter of this year. Picture: SUPPLIED

The recent statistics released by the Ministry of Commerce, Trade, Tourism and Transport show that Fiji recorded $337.5 million in tourism earnings in the second quarter of the year.

The Fiji Hotel and Tourism Association chief executive Fantasha Lockington said not only was this good news for tourism but also for the Fijian economy.

“We are certainly trying hard to return to pre-COVID levels ahead of the projected timeframe that economic experts had originally estimated. Tourism has well and truly rebounded, and with gusto, and that speaks volumes of the industry’s concentrated focus to get back to where they were (or better!) and their collective efforts to prove that we were very well prepared for the bounceback of travel through maintaining a close watch on global trends and visitor travel expectations,” said Ms Lockington.

However, she said the industry continued to remain cautious of the global landscape, particularly of the factors that could still impact the global travel industry negatively.

“It is difficult to shake a historically cautionary approach developed as a part of resilience efforts over decades of dealing with many challenges.”

In terms of a forecast for the tourism industry in the months ahead, Ms Lockington said Fiji’s tourism hotspots all reported high booking figures all the way through to the end of the year which meant hat more and more visitors would touch down in Nadi for the remaining three months of the year.

“This should traditionally be when our tourism numbers would our offpeak season pre-COVID, but Fiji is currently enjoying a ‘preferred destination’ status right now and the high season that started earlier than normal, appears to be extending further into the end of the year. This is surprising even our most seasoned operators and our most optimistic expectations, so it looks like any scheduled annual leave for people like us might be on hold for a while. But that’s a good problem to have because it means that employment will also be high for some time to come.”

She said if everyone continued to follow the safe travel guidelines and remained alert, despite the rolling back of all our previous COVID restrictions, we could ensure that our industry continued to thrive while remaining vigilant about keeping guests, staff and communities safe. Some of the major industries such as the construction, hospitality, to name a few, are being affected by the loss of skilled people to our neighbouring countries.

However Ms Lockington said there had always been a circular movement of workers from within the Pacific and out to our closest neighbours and the rest of the world and the fact that our people were in such high demand was something that we should be proud of as a nation.

“After all, this comes back to us in two ways – through increased remittances as well as through some returning improved skill sets. Both support general economic progress, however small. It just so happens that our Vuvale partners are also struggling to fill their own skill gaps created in part by the same issues we found in tourism post-reopening – and that is that not everyone returned readily to work as a choice. slower return of foreign travellers and students who worked part-time in hospitality and agriculture to supply much-needed labour in these industries. Added to this is the fact that their own economies are affected by the circular labour economy, losing many skilled workers to countries in the northern hemisphere.”

Therefore, she said while the movement of Fijian hospitality workers to greener pastures had ramped up exponentially and the stakeholders were struggling to keep the training pools constantly topped up, the issue was widespread throughout Fiji with the construction, financial, health, education, ITC, water and energy supply sectors also reeling from the brain-drain.

“Recognising this impact and supporting people’s choice to move on to greener pastures, we believe there should be a stronger call for those larger economies benefiting from the upskilling of the people at the cost of Fijian employers, to support local training costs and efforts to constantly finance skills training. We do expect that this demand for Pacific Island workers will reduce to more manageable levels as our neighbours’ own challenges also ease up over the next six months.”

She did acknowledge the ramifications of staff shortages – slower delivery (products & services), poorer service standards, higher costs, and increasing the need for bigger outlays for training.

“FHTA is working with TVET providers to review their offerings. Courses need to be adapted to offer short, sharper options that target the informal sectors and recent school-leavers. Smarter alternatives include identifying opportunities for tertiary or TVET students to study while starting apprenticeships. Again, not just for hospitality, but for all those sectors mentioned earlier.”