THE ANGLICAN CHURCH - DIOCESE OF POLYNESIA 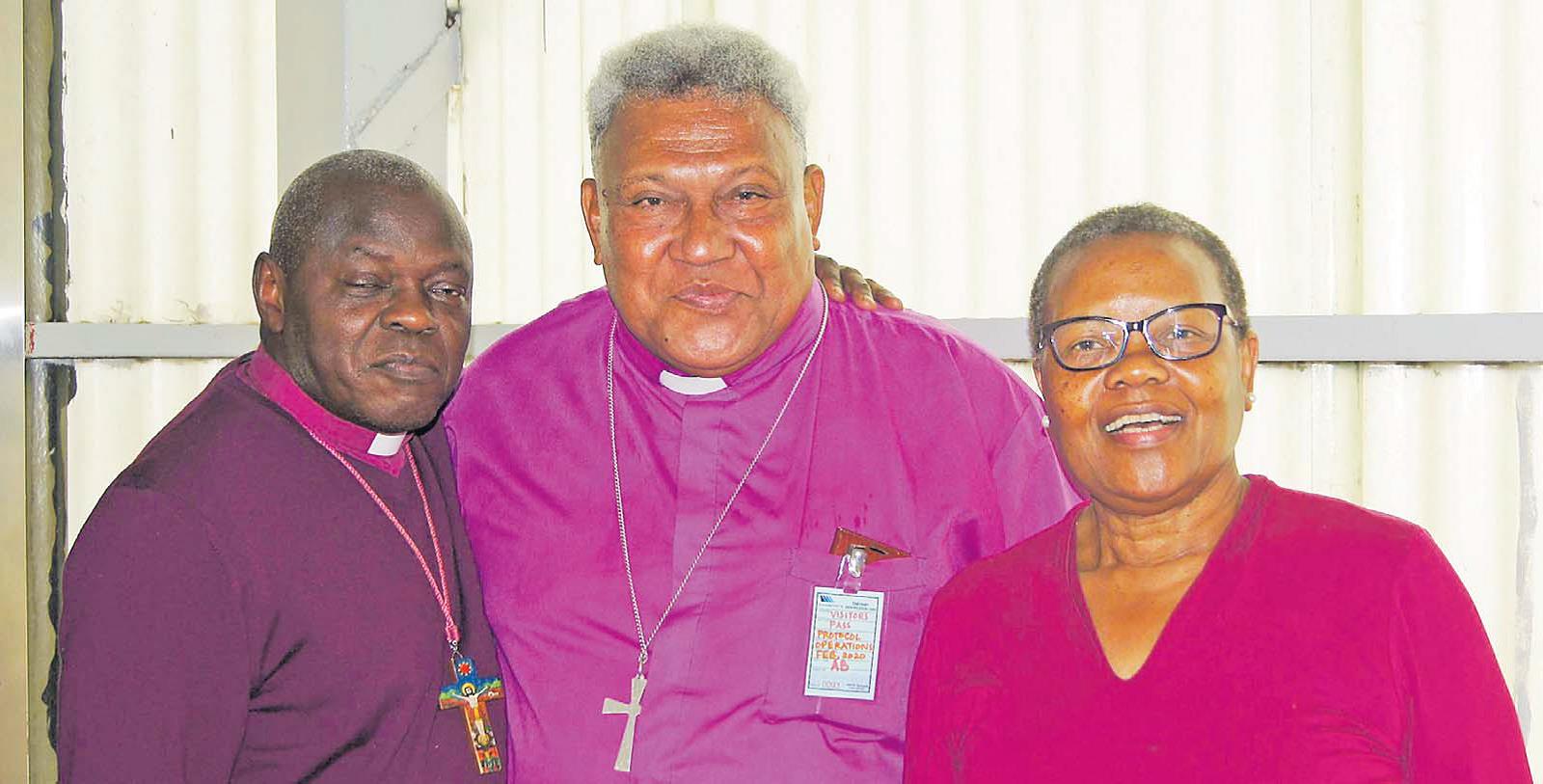 Archbishop Fereimi has served as Archbishop since March 2019 when he was ordained as Bishop of Polynesia, becoming the fi rst i- Taukei (Fijian) to shepherd the diocese and to serve as Archbishop of the Anglican Church in Aotearoa, New Zealand and Polynesia. Picture: SUPPLIED

The Most Rev Fereimi Cama, one of the three Archbishops of the Anglican Church in Aotearoa New Zealand and Polynesia, and Bishop of the Diocese of Polynesia has died.

Archbishop Fereimi died on the morning of Friday, July 2, 2021 at the Colonial War Memorial Hospital in Suva. He was 66.

Archbishop Don Tamihere and Archbishop Philip Richardson have forwarded words of condolence to Archbishop Fereimi’s family and the faithful in his care in a heartfelt mihi sent to the Anglican Diocese of Polynesia and the wider Anglican Church today.

Archbishop Fereimi has served as Archbishop since March 2019 when he was ordained as Bishop of Polynesia, becoming the first i-Taukei (Fijian) to shepherd the diocese and to serve as Archbishop of the Anglican Church in Aotearoa, New Zealand and Polynesia.

As well as shepherding the diocese in mission and ministry, Archbishop Fereimi has been a diocesan and international leader on climate justice advocacy and natural disaster preparedness, and a strong supporter of the Diocese of Polynesia’s House of Sarah and its work to eradicate violence against women in the Pacific.

Most recently, Archbishop Fereimi has encouraged Anglicans across Polynesia to plant gardens to support their neighbours suffering from economic hardship due to Covid-19.

Beginning his career as a Methodist school teacher, Fereimi Cama switched to his wife Mereadani Cama’s Anglican Church during the first Fijian coup in 1987, when he moved to become a member at Holy Trinity Cathedral Suva.

Quickly rising into Anglican leadership, Fereimi Cama was ordained as both a deacon and priest in 1990 and continued as a teacher and worker priest until 1995, when Bishop Jabez Bryce sent him to study for the ministry at St John’s Theological College in Auckland.

By 1997, he had gained a Bachelor of Theology degree and was appointed Assistant Priest at Holy Trinity Cathedral, Suva. Later, when he took up the Cathedral’s leadership as its Dean, he proved his faithfulness and mettle while offering eucharistic and pastoral ministry to MPs and their families caught up in the 2000 Fijian parliament hostage crisis.

Archbishop Fereimi served as Dean of Suva until December 2012, where he was appointed priest in charge of the parish of St Matthew’s Samabula. From there, he moved to study missiology for 18 months at Carey Baptist College in Auckland.

In 2016, Fereimi Cama was appointed Vicar of St Peter’s Lautoka, soon after which his wife Mereadani died. Since 2019, he has served as Bishop of Polynesia and Archbishop of the Anglican Church in Aotearoa, New Zealand and Polynesia.

Archbishop Fereimi Cama is survived by his daughters: Mereia Ranadi, married to Sireli Waqalevu, and Litiana, married to Maciu Oli Seru; his sons, Joji Cama and Josefa Cama; and his grandchildren Amani Fereimi and Benjamin Waqalevu.

The funeral will be livestreamed from 9am linked to the Diocese of Polynesia Facebook page.

‘May the soul of God’s servant, rest in peace and rise in glory.’