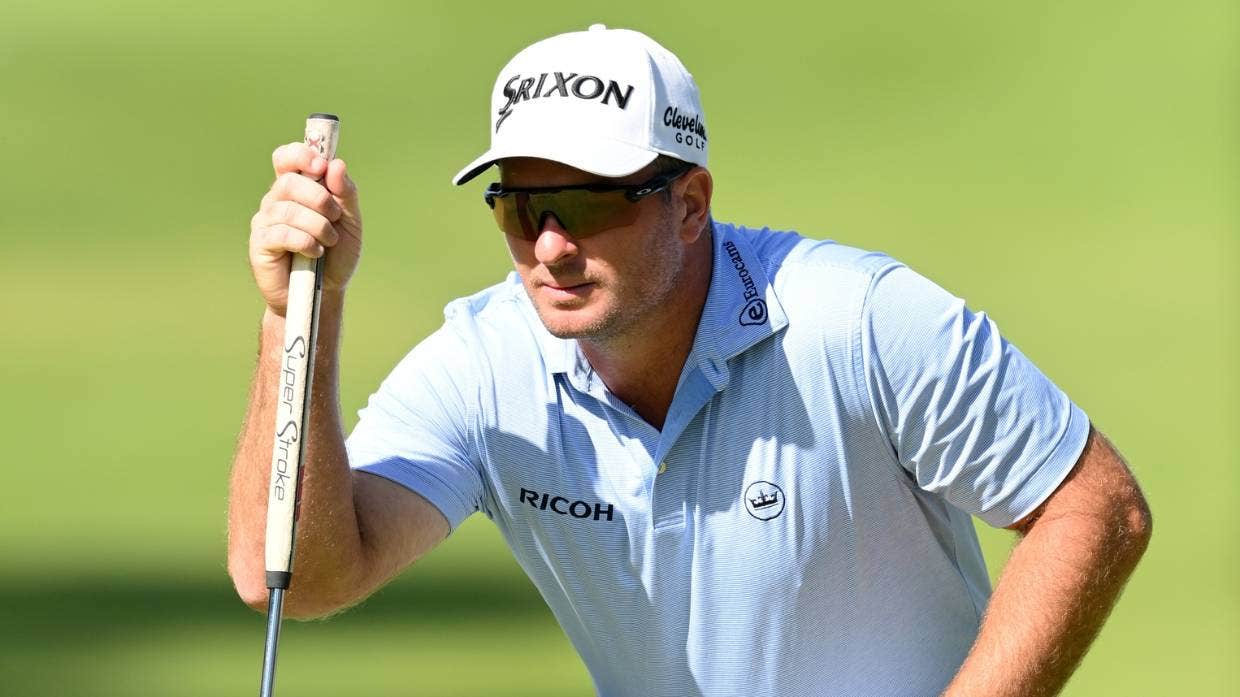 Ryan Fox enjoyed an improved performance during the third round of the Spanish Open. STUART FRANKLIN/GETTY IMAGES

Ryan Fox has a top-10 finish in his sights after an improved performance at the Open de España.

The Auckland golfer bounced back from a mediocre second round to move within one shot of the top 10.

Fox made six birdies, including five on the front nine, as well as two bogeys to card a superb four-under 67 in the third round at Madrid’s Club de Campo Villa on Sunday (NZT).

It moved Fox into a tie for 16th at 10-under, but he is just one shot behind a group of seven golfers sitting in a share of ninth, including defending champion and current world number one Jon Rahm.

A torrid one-over 72 third round saw Rahm relinquish his lead and dealt a major blow to the Spaniard’s hopes of winning the Open de España for the third time in succession.

Rafa Cabrera Bello, who finished second to his countryman Rahm when the tournament was last held in 2019, made seven birdies without a single blemish to card a stellar seven-under 64.

That saw him move into the lead at 17-under for the tournament.