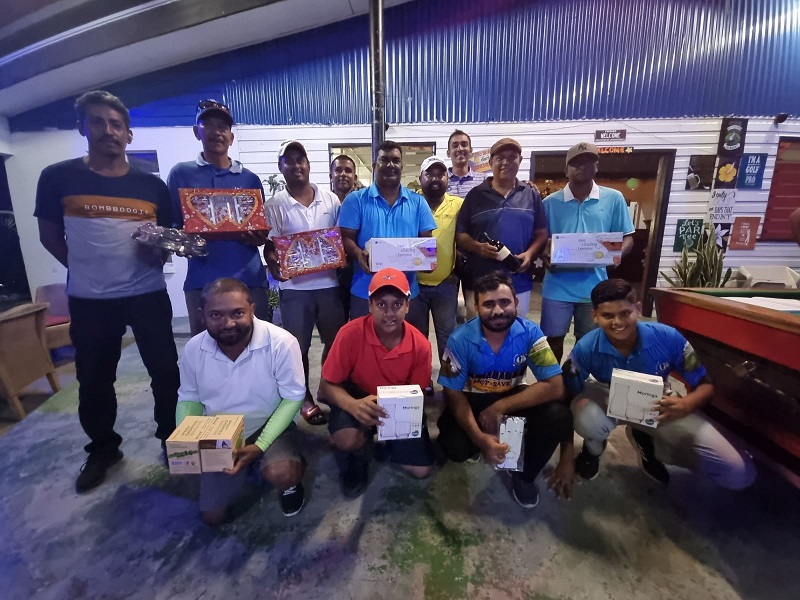 Vinesh Murthi and Vinod Chand were a shot further back on 61.25 for outright second spot.

Rounding off proceedings was the combination of Sanjay Krishna and Paras Ram, shooting 63.25 for a bonus fourth spot.

Roland Singh and Ariz Khan were declared Junior champions on 71, with Roneel Prakash taking out the Professional category on 70.

The nearest to pin (NTP) award on the second hole went to Gaffar Ali and Vinod Chand on the ninth hole.

Lawrence Naidu hit the longest drive on the third hole.