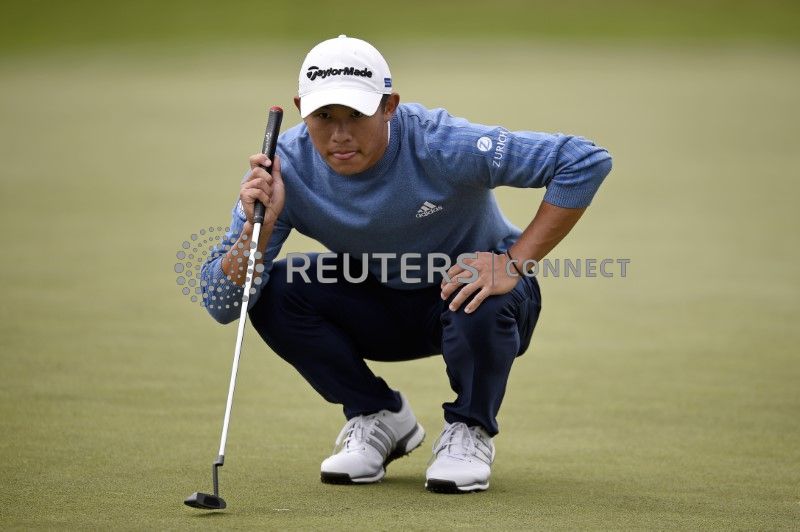 SAN FRANCISCO (Reuters) – Collin Morikawa birdied three of his final four holes to grab a one-shot, third-round clubhouse lead over Bryson DeChambeau at the PGA Championship on Saturday while overnight leader Li Haotong was one shot lower after nine holes.

Li was the on-course leader when he made the turn at TPC Harding Park as he looks to become the first Chinese man to win a major championship.

The 25-year-old, who has never won a PGA Tour event, got up and down to save par on the challenging par-four eighth hole, which seemed to give him momentum.

The 23-year-old Morikawa finished with a stellar round of five-under 65 that included seven birdies and two bogeys in foggy and windy conditions to sit at seven-under 203 through 54 holes.

DeChambeau (66) drained a 95-foot putt on his last to sit six under for the tournament, which is being played without fans for the first time in its history due to the COVID-19 pandemic.