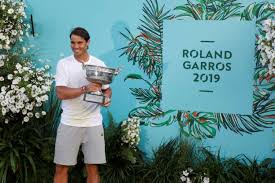 LONDON (Reuters) – It has been more than 15 years since Roger Federer, Rafael Nadal and Novak Djokovic began their collection of Grand Slam titles and the bad news for anyone eyeing tennis’s big prizes is their stranglehold on men’s tennis is as tight as ever. Nadal, a few days after turning 33, proved unstoppable […]