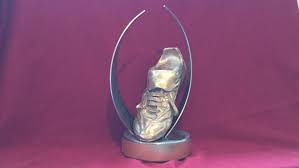 THE shortlist for the 2019 Golden Boot award has been trimmed to three, with the award potentially going to a front-rower and/or a non-Tier 1 player for the first time ever.

The award recognises the best player in international games over the past 12 months, and with Australia playing just two Tests in the voting period and losing one of those, no Kangaroos players made the final list.

Kiwi pair Roger Tuivasa-Sheck and Jared Waerea-Hargreaves plus Tonga star Siosiua Taukeiaho are the final three players in the running, with the winner to be announced on Sunday.

Saturday’s clash between Great Britain and Papua New Guinea is the final men’s international in the voting period but no player from either nation is in contention to make a late push.

Jillaroos stars Ali Brigginshaw and Jess Sergis are the two names shortlisted for the women’s award but England skipper Emily Rudge – a four-try hero in last weekend’s win over the PNG Orchids – could make a late charge with another big effort in the final women’s Test of the year when England again face PNG in Port Moresby ahead of the men’s Test on Saturday.

The award, previously run by UK magazine Rugby League World (formerly Open Rugby magazine), was acquired by the RLIF (now the IRL) and consolidated with their International Player of the Year award in 2018.

That resulted in a shift away from the vaguely-outlined ‘best player in the world’ criteria to specifically focus purely on international matches.

The first award under the new criteria, won by England winger Tommy Makinson (‘Tommy who?’ in some quarters Down Under) drew criticism in segments of the Australian media and the recently-named 10-man shortlist for the 2019 edition was met with similar uproar from some quarters in Australia for not including Dally M and Brad Fittler medal winner James Tedesco.

However such criticism fails to acknowledge the change in direction of the award two years ago; it no longer claims to recognise the ‘best player in the world’ and is more in line with the previous International Player of the Year nod.

With Tedesco and the Kangaroos winning just one match from two played in the voting period, there was little to no chance of a Kangaroos player winning this year.

The 12-month voting period commenced immediately after the 2018 award meaning the third England-New Zealand Test last November is included, bringing England/Great Britain players and New Zealand players to a maximum of five games in the voting period, with Tonga/Tonga Invitational and Fiji Bati players having played up to three.

The Kiwis have won four of five Tests, Fiji three from three and Tonga two from three. England/Great Britain have lost all four matches played in the voting period with one game to come against PNG.

If Taukeiaho – who was monumental in both of Tonga Invitational’s recent upset wins over Great Britain and Australia – wins, he will be the first player to claim the award from a nation other than Australia, New Zealand and Great Britain or England.

No prop has ever won the award, which has been dominated by playmakers, with Taukeiaho and Waerea-Hargreaves in the frame to be the first. Tuivasa-Sheck missed the 2018 series against England but has been brilliant in New Zealand’s three wins from four matches this year and firms as the favourite, which would make him the first Kiwi since Shaun Johnson in 2014 and first fullback since Billy Slater in 2008 to claim the awar