Go forth and serve 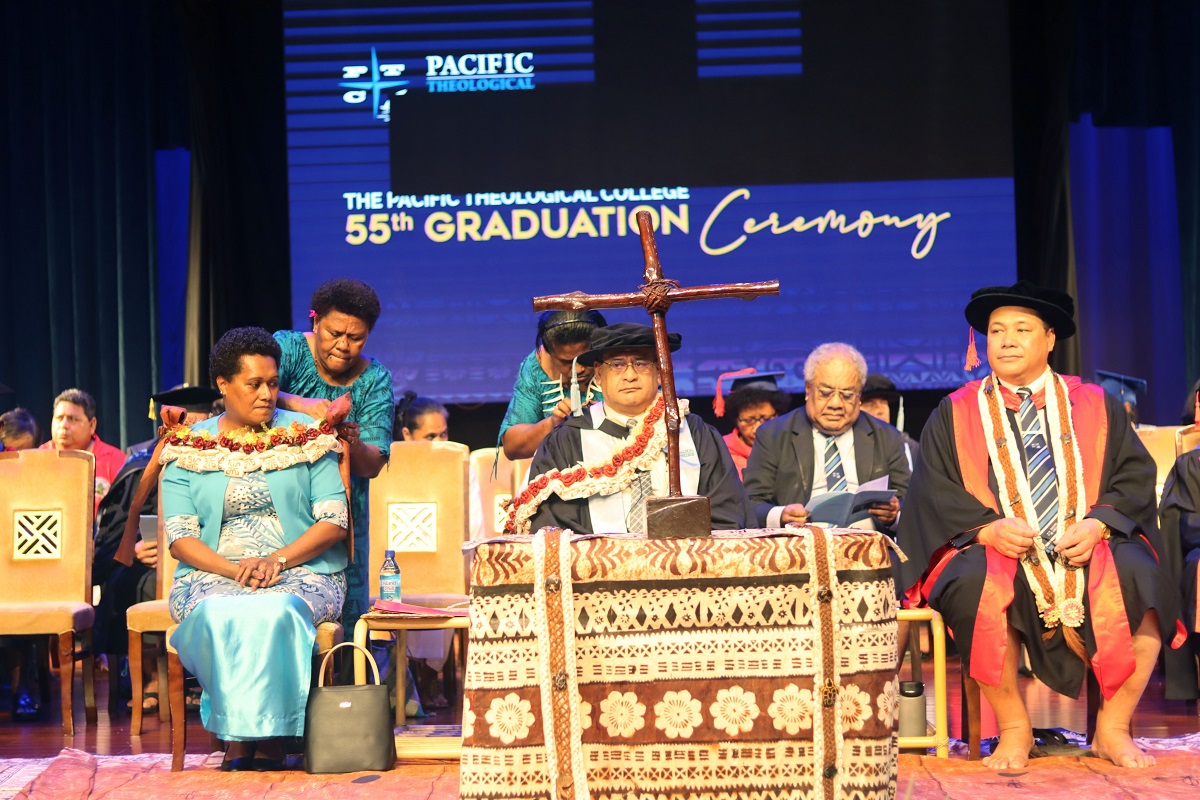 From a little corner of Nasese in Suva, a theological institution quietly works to gift the region, if not the world, with some of the leading theological giants of our times.

The Pacific Theological College (PTC) has a track record of producing students who have gone to serve their countries as leaders, whether in their churches or political spheres and as educationists, activists and authors.

A total of 128 students graduated from PTC’s 55th ceremony at the Suva Civic Auditorium yesterday.

It’s an exponential growth from 15 graduates in 1968 when six students graduated with Degrees in theology and nine in Diplomas.

Among the degree awardees was young Reverend Laisiasa Ratabacaca, who years later became the President of the Methodist Church of Fiji.

A jubilant reminder of success as it marks its 55th anniversary of its graduation journey.

A legendary journey of producing giants. The giants are the likes of the former and current presidents of the Methodist Church of Fiji and the Archbishop Emeritus of the Archdiocese of Polynesia, Reverend Dr Winston Halapua.

Other notable theologians who have shaped and led research in the field served as lecturers and principals at PTC, like Tonga’s Rev Dr Sione Amanaki Havea with his coconut theology and Fijian the late Reverend Dr Sevati Tuwere, celebrated for his vanua theology.

Leaders who have spoken prophetic words fought for justice and worked to free the oppressed.

A legendary journey of resilience and weathering the storms of financial hardships, the global demise of many theological institutes and digital transformations, changing economic conditions.

PTC Principal Reverend Professor Dr Upolu Vaai said PTC itself was changing, transiting to a university and offering new learning offerings it hopes would address regional challenges, like the chokehold of noncommunicable diseases and pervasive violence to increasing mental health challenges and the devastation of the environment.

Hailing PTC in his speech, the President of Fiji, Ratu Wiliame Katonivere, said the quality of leadership nurtured at PTC reflected the prophetic and justice leadership approach the college has, which was good for regional stability and unity.

“Today’s graduation ceremony is testimony to how far PTC has come,” observed a line from Ratu Katonivere’s speech read out by the Official Secretary to the President’s office Kiti Temo.

But who is PTC?

PTC was set up by a consortium of churches in 1965 on the mandate of church leaders meeting at the Dudley Consultations in 1961 — a time when a new Pasifika was emerging against the backdrop of economic, social and political changes wrought by World War II.

This central theological institute would better prepare leaders to help their people with change.

This 55th anniversary also heralds new courses and learning at PTC for different times and challenges much other than 55 years ago.

Today, Pacific Island countries are within the top ten countries with the highest rates of diabetes worldwide.

Non-communicable diseases decimate vast portions of the population. Natural resources are emptied and recovered slowly, endangering lives that depend on them.

Climate displacement, species decline, grow, and there is a kind of hope in knowing there will be leaders coming out of PTC who will act justly, prophetically and continue to fight for the people.

Congratulations to 128 graduates of the 55th graduation ceremony of PTC!

• THERESA FOX is the Communications Coordinator for the Institute for Mission and Research of the Pacific Theological College and the Pacific Conference of Churches.