Global remittances could fall by $100 billion in 2020, says Citi 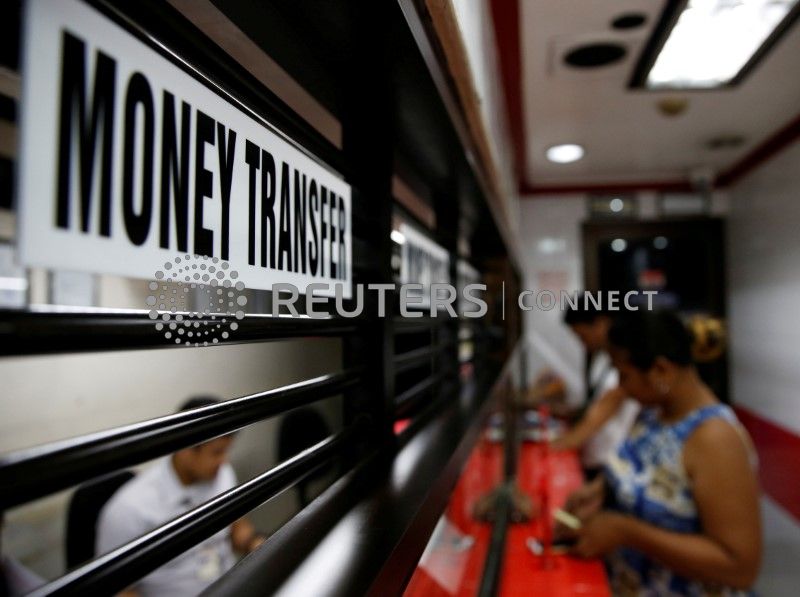 LONDON (Reuters) – Slower economic growth expectations prompted Citi on Monday to slash its forecasts for global remittances, saying this raised the risk to credit ratings of smaller emerging market countries and was set to push up their borrowing costs.

Remittances could fall by $100 billion in the worse case scenario, Citi said in a note to clients, while more than doubling its base case for the scale of decline to $68 billion in 2020. In mid-April, it had estimated that the amount of wages migrants would send home would shrink by some $28 billion this year.

This would cause the biggest problems for countries with little fiscal space to mitigate the hit from falling remittances, which would increasingly force them to spend larger amounts to prop up their economies. That raises the risk that they become unable to meet all their debt obligations.

“Declines in remittances may have negative implications for the sovereign debt ratings of small EMs (emerging markets),” Citi’s Dana Peterson wrote in a note to clients.

“Tajikistan and Sri Lanka are both at elevated risk of sovereign default, and have net inbound remittances that are sizable shares of own GDP,” she added.

Much of the impact depends on which country and sector immigrants and migrants worked in. Migrant workers in the United States who originally came from Latin America and Asia were at higher risk of job losses, Citi said, and consequently would send less money home.

In April, the World Bank estimated that global remittances were set to tumble by $142 billion in 2020, the sharpest fall in recent history.