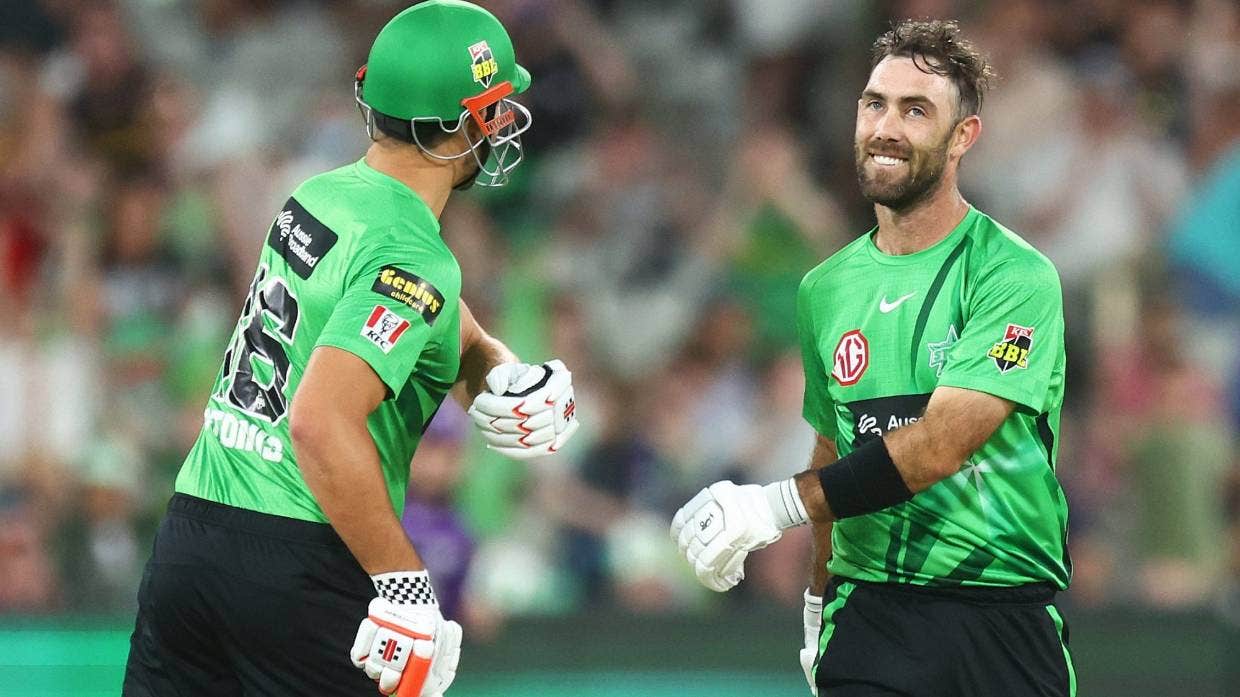 Glenn Maxwell and Marcus Stoinis put on a mammoth stand for the Stars in their 106-run win over the Hurricanes. Picture: STUFF SPORTS.

Hobart insist they can shrug off Australian all-rounder Glenn Maxwell’s demolition job as a one-off and rebound for the BBL finals after the biggest loss in their history.

The Hurricanes will face Adelaide in an eliminator on Friday night, less than 48 hours after being thumped by 106 runs by the Melbourne Stars.

Hobart were left stunned by Glenn Maxwell’s unbeaten 154 from 64 balls, which featured four sixes and 22 fours, with both his score and the Stars’ 273-2 the biggest in the competition’s history.

Ben McDermott labelled Maxwell’s innings as the “most incredible thing” he’d ever seen on a cricket field, while Hobart barely bothered trying to chase the score down.

Working in their favour, however, is the fact they will have close to a fresh bowling attack, with Scott Boland, Riley Meredith and Tom Rogers all rested.

Yet Sandeep Lamichhane will be unavailable as he leaves to play for Nepal after being one of eight Hurricanes bowlers to go at more than 10 an over in Wednesday night’s drubbing.

“We have to take it as it is. He [Maxwell] played really well and we’re missing three bowlers we rested,” McDermott said.

“If we needed to win the game to make finals, it’s probably a lot more aggressive [approach in reply].

“But we just tried to set ourselves up for finals.”

The Hurricanes’ loss was the seventh biggest in Big Bash history, while the Stars’ total was the third highest in all franchise and international T20 cricket worldwide.

Adelaide and Hobart both claimed seven-wicket wins over each other during the season.

The match will also be played on neutral ground, with Cricket Australia announcing the first three finals matches will all be played in Melbourne.

Minor-premiers Perth will face Sydney Sixers in Saturday night’s qualifier, with the winner to progress straight through to the grand final.

The Sydney Thunder will then meet the winner of Adelaide and Hobart in a knockout match, with the victor in that to face off against the loser of Perth and the Sixers for a spot in the grand final.

The winner of the Perth-Sixers match will also earn the right to host the grand final, be it at the SCG or Marvel Stadium as the Scorchers’ designated home while locked out of Western Australia.

Next Wednesday’s challenger, which is effectively a preliminary final, will also be able to be played as a home match for the higher-ranked team.