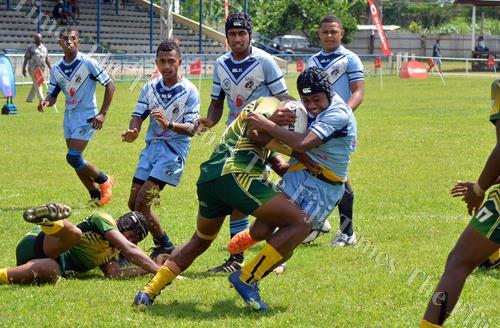 FIJI Secondary Schools Rugby League competition has taken a new lead into including female participation in its 2020 season.

Association president Akuila Vute said they were starting with a few schools, but hoped it would expand in the future.

“Our girls’ competition this year is just a small-scale where we are going to field two teams from the West and two from the southeastern division,” said Vute.

“We are starting now and maybe towards the end of this season. We will see the performance and the feedback and if we can further develop the participation of girls team in other schools.

“With only four teams participating, the girls competition will begin during the national finals.

“The girls teams will be training in their respective zones and their competition will officially begin during the national finals.

“They will compete on a round robin basis and since this is the first time, we are very excited.”

“We are anticipating a good number of schools competing right now. We have our western and south eastern zones that will both kick-start their competition this Saturday.

“We are looking forward to the new season and to a very competitive national competition.”