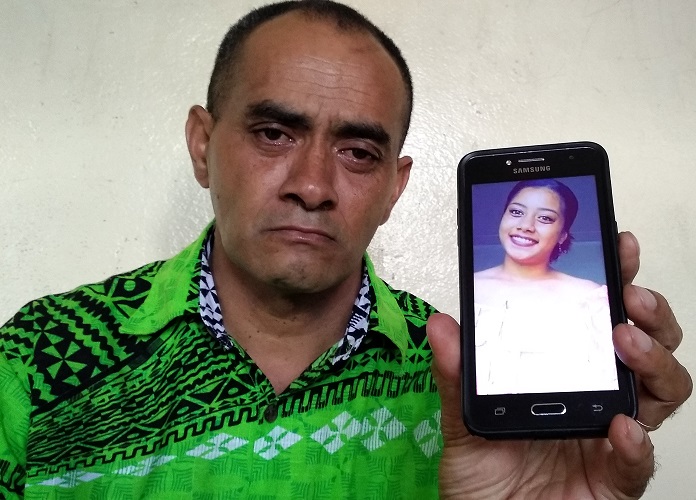 Savenaca Waqairatu with a picture of his daughter Salanieta Leba at their home in Vunivivi, Nausori yesterday. Picture: JONA KONATACI.

SAVENACA Waqairatu thought he was called to the Colonial War Memorial Hospital (CWMH) in Suva because his daughter was injured.

The grieving father said he sensed something was seriously wrong when he was stopped by police.

“It’s one of the hardest things I have ever experienced in my life,” Mr Waqairatu said as he related how he found out about the alleged stabbing of his eldest daughter, Salanieta Leba.

“A church member who lived in Colo-i-Suva contacted me and said there was a stabbing incident involving my daughter.

“I thought she was injured when we went to visit her but I ended up identifying her body. “Really, it is the hardest news to bear.

“Leba was my first born. I will miss her presence, she was beautiful inside and outside.”

Police said the deceased’s partner allegedly assaulted and stabbed her during a heated argument over a Facebook message sent to a relative of the victim.

The 19-year-old was rushed to the CWM Hospital where she was pronounced dead on arrival.

He said he last saw his daughter when she left home last Friday to visit her partner who lived in Colo-i-Suva.

“She had left school last year and we planned for her to continue her studies but she is now gone.”