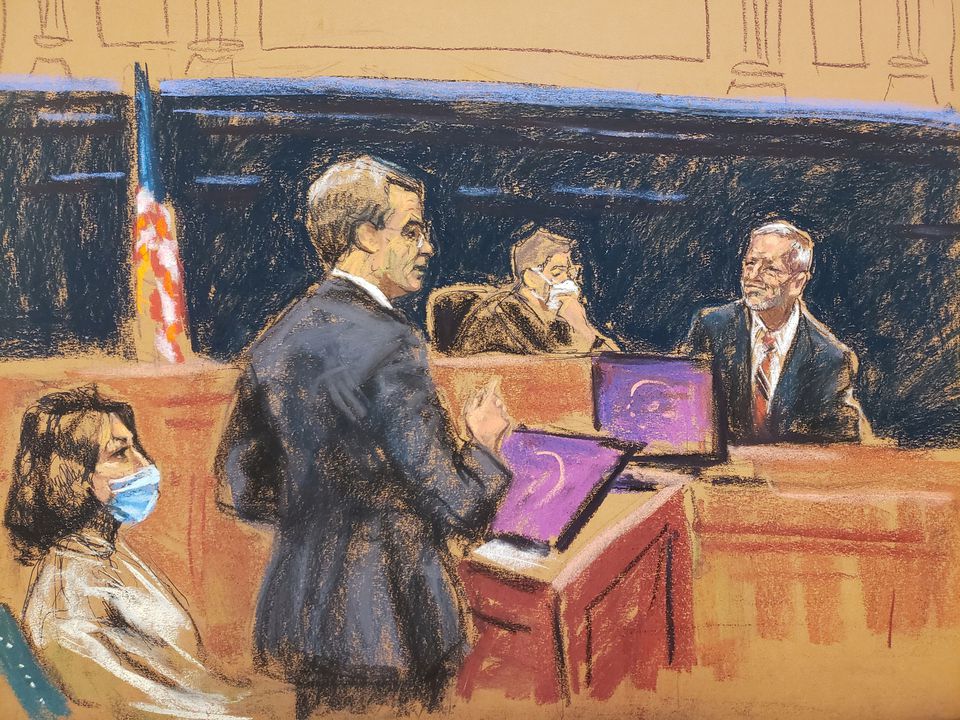 A woman who says she was sexually abused by the late financier Jeffrey Epstein at 14 years old told jurors on Tuesday at Ghislaine Maxwell’s criminal trial that the British socialite facilitated and participated in some sexual encounters.

The woman, known by the pseudonym Jane, took the stand for the government on the second day of Maxwell’s sex abuse trial in Manhattan federal court.

During cross-examination, a lawyer for Maxwell questioned Jane, now in her early 40s, about how she did not report the alleged abuse until decades after it occurred.

Maxwell, 59, faces sex trafficking and other charges. Prosecutors say she recruited and groomed Jane and three other underage girls for Epstein to abuse between 1994 and 2004. Epstein killed himself in a Manhattan jail cell in 2019 while awaiting trial on sex abuse charges.

Maxwell has pleaded not guilty, and her lawyers have said she is being scapegoated because Epstein is no longer alive.

They have said Jane and the other alleged victims, who are also expected to testify at the trial, have faulty memories and financial incentives to accuse Maxwell.

During three hours of explicit and emotional testimony, Jane said Maxwell and Epstein first approached her and a group of friends when they were eating ice cream at an arts summer camp in Michigan in the summer of 1994.

Jane, a singer, said her family was struggling financially after her father’s death the prior year. She said Epstein and Maxwell told her that they were benefactors of her camp and awarded many student scholarships.

They remained in touch after Jane returned home to Palm Beach, Florida, where Epstein also had a home, Jane testified. She said Maxwell sometimes took her to the movies or spent time with her by Epstein’s pool. She said they talked about school, including whether Jane had a boyfriend.

Jane testified that she said she did not, and that Maxwell then told her: “‘Once you fuck them, you can always fuck them again because they’re grandfathered in.’

“I giggled because I didn’t understand what grandfathered meant,” Jane testified.

Prosecutors said in a 2021 indictment against Maxwell that behavior like buying girls gifts and discussing sexual topics amounted to “grooming” them for abuse.

As Jane spoke, Maxwell occasionally put on a pair of glasses, leaned forward and took notes on Post-its, which she passed to her attorneys.