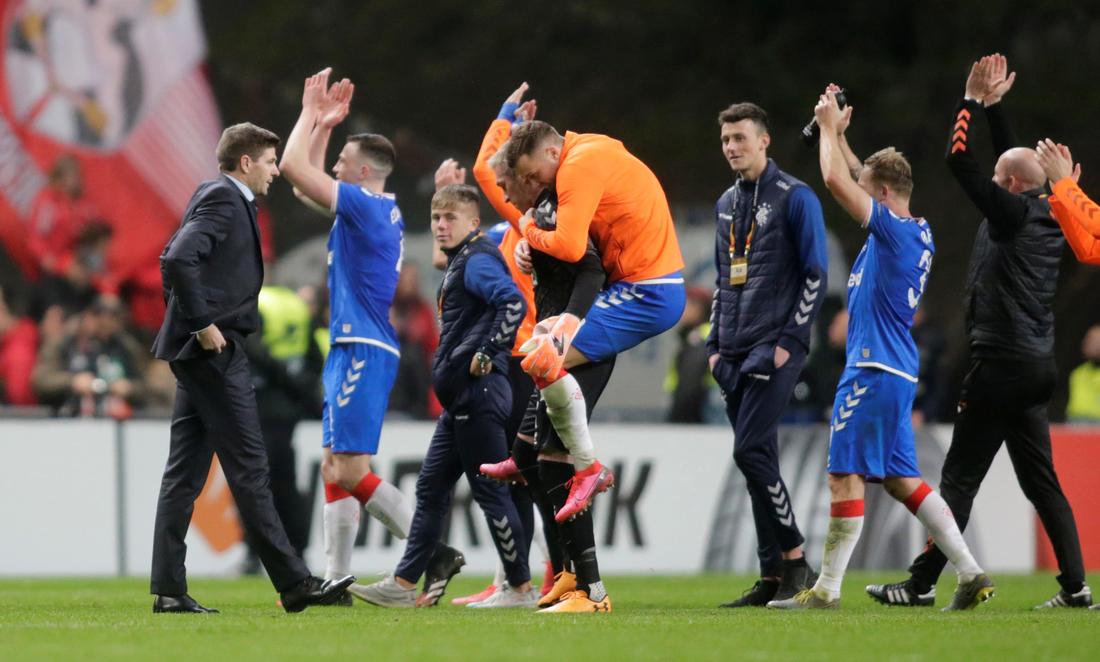 (Reuters) – Rangers manager Steven Gerrard joked that he was next in line to take penalties for the Scottish side after they missed from the spot for a sixth time this season in Wednesday’s 1-0 Europa League victory at Portugal’s Braga.

Winger Ryan Kent scored the only goal as Rangers completed a 4-2 aggregate win to book their spot in the last 16 of Europe’s second-tier club competition.

The only blip was a penalty miss by Ianis Hagi, the son of Romania great Gheorghe.

“I’m on the next one … if no one wants it then I’ll have to take it myself,” Gerrard told BT Sport after his side failed to convert for the sixth time in 10 attempts.

“Penalties are tough, especially in pressure situations, but we’ll sit down with players and try and find the next solution.”

The former Liverpool skipper said he was delighted with his team for making it through to the next round.

“I’m super proud of the players — to a man they were outstanding. It’s one thing giving a team a game plan but you’ve got to trust them to go and carry it out,” Gerrard added.