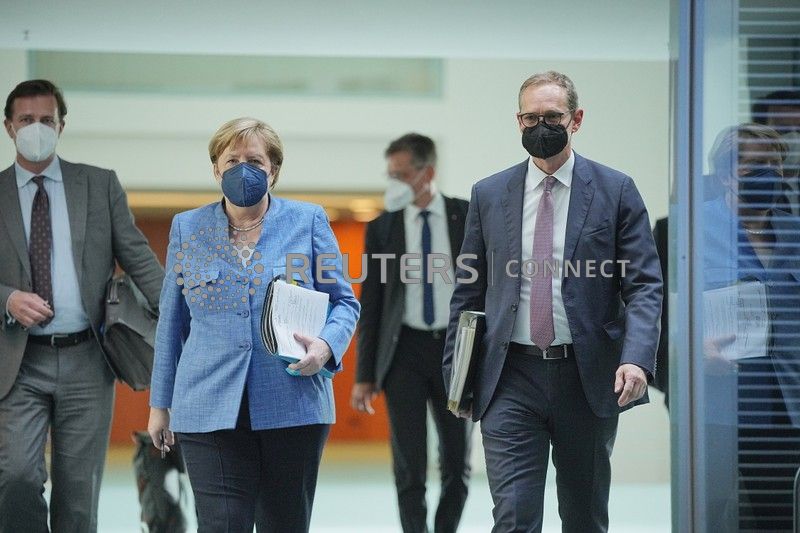 German Chancellor Angela Merkel and Mayor of Berlin Michael Mueller arrive for a news conference after a meeting with the leaders of the country's 16 federal states to discuss COVID-19 measurements in Berlin, Germany, June 10, 2021. Michael Kappeler/Pool via REUTERS

“Germany has doubled its climate financing since 2015, so we are very well on track, but we will also contribute more,” she told a news conference after a meeting with the leaders of Germany’s 16 federal states.