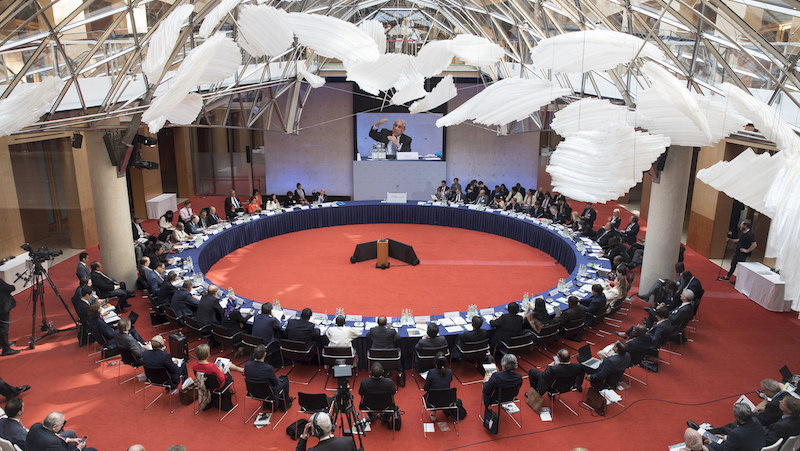 BERLIN, 18 JUNE 2018 (CLIMATE HOME) – Germany is expected to start a drive to replenish the Green Climate Fund (GCF) at a meeting of ministers and climate negotiators in Berlin this week.

The fund is central to delivering the rich world commitment to mobilise US$100 billion a year by 2020 in climate finance to developing countries.

It is approaching the end of its US$10bn in start-up contributions all the more quickly since US president Donald Trump reneged on US$2bn of that sum, pledged under his predecessor Barack Obama. Trump’s backsliding has put pressure on the EU and other developed countries to fill the funding gap.

Top officials from 30-35 developed and developing countries will attend the Petersberg Climate Dialogue from Sunday to Tuesday. The forum, hosted by Germany for the ninth year, offers a space to thrash out political issues that can make or break the UN climate negotiations.

Participants are not likely to arrive in Berlin ready to pledge new cash, a spokesperson at the German environment ministry told Climate Home News. But the hosts will prompt them to unlock funds from their domestic budgets to keep the GCF going.

As well as climate finance, delegates will discuss how to finalise the rulebook for the Paris Agreement by the end of 2018 and ramp up ambition.

As president of this year’s UN climate talks, Poland will co-host the dialogue with the Germans. The Poles will use the meeting to give prominence to an emerging theme, the “just transition”: how to minimise the pain for fossil fuel industry workers in the shift to clean energy.

In Poland, mining unions are a major driving force of climate and energy policy.

Samantha Smith from the International Trade Union Confederation is due to hold a press conference alongside German environment minister Svenja Schulze on Monday morning.

“That is something new, we haven’t had a union rep at that kind of talks before,” said the ministry spokesperson. “That is a new signal to include social justice at these negotiations.”

At last week’s fractious G7 summit, every leader except Trump agreed on the importance of a just transition.

It fits with the approach of Germany’s recently launched coal commission, which has the twin goals of setting a phase-out timeline for coal and promoting economic alternatives in mining regions.

Germany is set to miss its 2020 emissions reduction target in part due to concerns about the impact of climate action on jobs.

German chancellor Angela Merkel and Polish prime minister Mateusz Morawiecki are lined up to give closing remarks on Tuesday morning.

David Paul, environment minister of the Marshall Islands, said the dialogue kicks off “an intense period” for climate diplomacy. Representing a country threatened by rising seas, he urged leaders to upgrade their climate ambition by 2020.

“Now is the time for us to be doing the hard work back home to be ready to step up, and for us to use meetings like these to begin to build a wider movement for ambition,” he said.