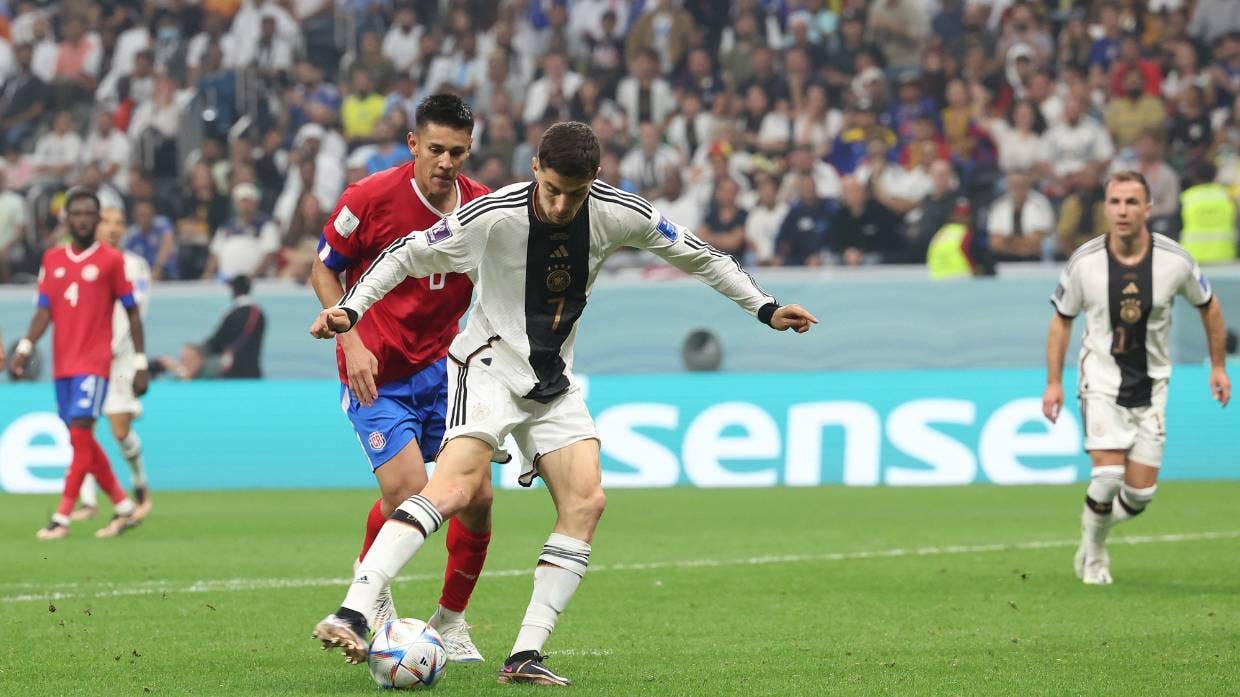 Substitute Kai Havertz scores the first of his two goals for Germany in their 4-2 win over Costa Rica. Picture: STUFF SPORTS.

Germany have been eliminated from the group stage of the World Cup for the second tournament in a row.

The four-time champions beat Costa Rica 4-2 on Thursday (Friday NZT) but it wasn’t enough to advance to the round of 16. Japan’s 2-1 victory over Spain allowed both of those teams to advance instead, with the Japanese team at the top of the group.

“I was just in the changing room and as you can imagine, the disappointment is huge,” Germany coach Hansi Flick said.

Playing as defending champions at the last World Cup, Germany also was knocked out in the group stage.

Germany, who lost to Japan in their opening match in Qatar, needed help from the other match in order to advance with a victory at Al Bayt Stadium, but things didn’t go its way.

If Spain had beaten Japan, the Germans would have finished second in the group.

It all started so well with Serge Gnabry putting Germany in front against Costa Rica with a 10th-minute header and Spain taking an early lead against Japan at the Khalifa International Stadium in Doha.

Both matches were turned upside down in the second half.

Yeltsin Tejeda evened the score in the 58th minute and Juan Vargas scrambled another in the 70th, putting Costa Rica ahead 2-1 and on target to advance.

But Germany substitute Kai Havertz made it 2-2 three minutes later and then restored Germany’s lead in the 85th minute. Another substitute, Niclas Füllkrug, added the fourth.

Japan finished at the top of Group E with six points, two more than both Spain and Germany. Spain progressed because of their better goal difference, with most of them coming from its opening 7-0 rout of Costa Rica, and will next face Morocco. Japan will take on Croatia.

Germany would have needed five more goals to match the Spanish tally.