Germany agrees steps on migration, no camps of any kind: SPD leader 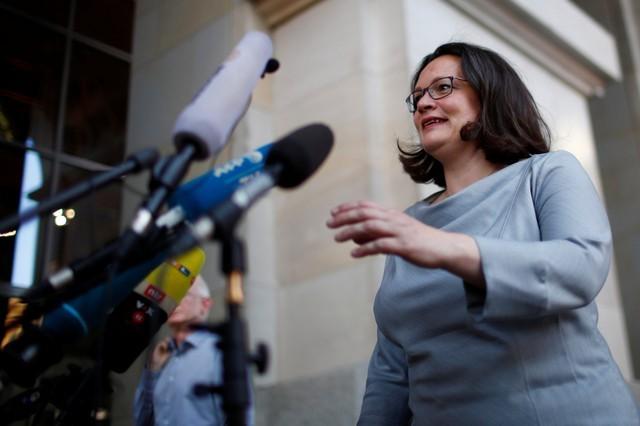 Andrea Nahles, leader of Social Democratic Party (SPD) arrives for a coalition meeting with the CDU and the SPD parties at the Reichstag in Berlin, Germany, July 5, 2018. REUTERS/Axel Schmidt

BERLIN (Reuters) – Germany’s Social Democrats (SPD) has reached an agreement on migration with the other parties in Chancellor Angela Merkel’s coalition, its head said on Thursday, stressing that there would be no transit centres of any kind.

The parties agreed to speed up the process of returning asylum-seekers that had already registered in other EU countries, under existing EU rules, but there would be no unilateral action by Germany, SPD leader Andrea Nahles told reporters.

Interior Minister Horst Seehofer, who had proposed turning back those asylum seekers at the border, a move that threatened to collapse the government, said he was very pleased by the agreement.