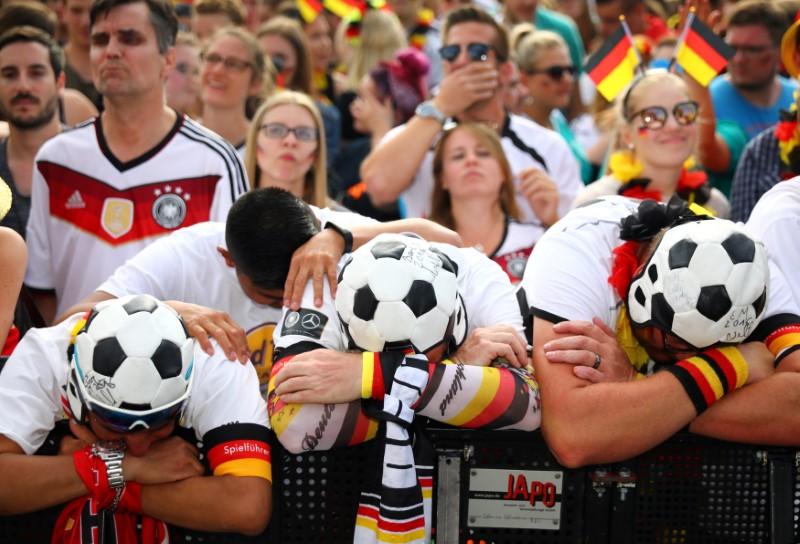 BERLIN – German fans responded with shock and dismay after the national team suffered their first elimination in the first round of the World Cup for 80 years.

Top selling daily Bild splashed “OUT!” across its website after the defending champions’ 2-0 defeat by South Korea, calling it a nightmare but adding “We didn’t deserve any better”.

“The biggest disgrace in German World Cup History. The 0:2 loss is the embarrassing end to a catastrophic group phase,” it wrote on its website.

In West Berlin, along the swanky shopping avenue Kurfuerstendamm normally filled with cheering fans and honking cars, the mood was eerily silent. Glum-faced fans in Germany shirts moved slowly and quietly away from cafes and bars.

Tens of thousands of German supporters who had gathered to view the game at the Brandenburg Gate stood stunned after the South Korea loss, some moved to tears.

“We deserved to lose. Something definitely has to change now.”

“The team just didn’t even fight. It was a terrible game,” said Janin Roethig with tears in her eyes.

Coach Joachim Loew told broadcaster ZDF it was too soon to answer a question about his future as the national trainer.

“I’m terribly disappointed,” Loew said. “I need a few hours to digest it.”

“‘The miracle of Sochi’ was not repeated today,” the German interior ministry tweeted. “Out in the group stage. The sports ministry is as sad as you all are.”

Felix Kroos, brother of Germany midfielder Toni, tweeted, “That’s sport. Heads high for all those who truly cheered on.”

“Chin up. In the next World Cup, Germany will form a joint European team with Italy, France, Portugal, the Netherlands, Poland, Denmark, Sweden, Croatia and Spain, and will be world champion every time thereafter,” he said on Twitter.