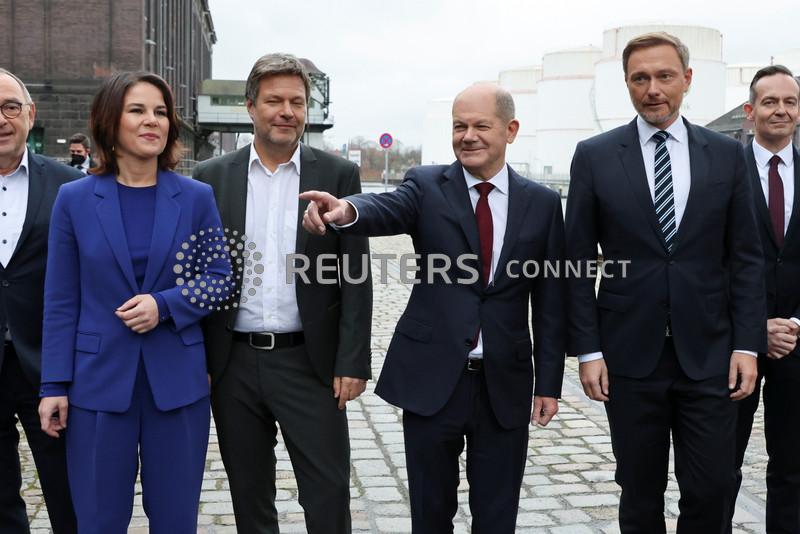 BERLIN, Jan 19 (Reuters) – German prosecutors have opened an investigation into the two leaders of the co-governing Greens, Robert Habeck and Annalena Baerbock, over alleged special coronavirus payments, the party said on Wednesday.

Spiegel Online reported the start of the investigation for a possible breach of trust to the detriment of the party over illegal payments of 1,500 euros to Greens board members in 2020.

The allegations concern the approval of a “coronavirus bonus” given by board members to themselves in 2020, a spokesperson for Berlin prosecutors was quoted by Spiegel Online as saying.

A Greens party spokesperson said six board members, including Habeck – the economy minister in Germany’s new coalition – and Baerbock – now foreign minister – were being investigated by the Berlin prosecutors.

“The board members concerned and the (party’s) main office are cooperating fully with the public prosecutor’s office to clarify the facts quickly and comprehensively,” said the spokesperson.

The so-called coronavirus bonus was paid to all employees at the party’s main office and to board members, he said, adding, however, that the board members had since re-paid the bonuses.

The special payments were thrown into the spotlight during last year’s election campaign when Baerbock, who was running to become chancellor, drew criticism for not declaring them as a source of income.

The Greens share power in a Social Democrat-led, three-way coalition with the pro-business Free Democrats.