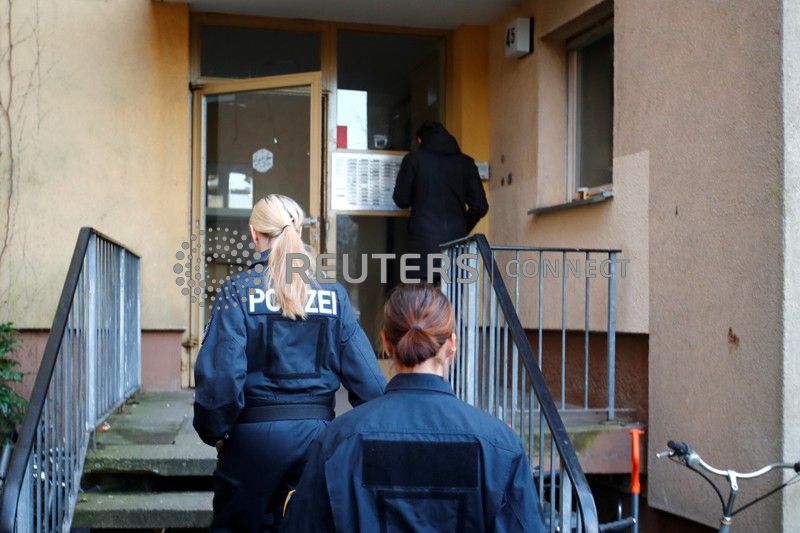 Police officers are seen outside the house of a Syrian man suspected of exchanging bomb building material that was arrested earlier today in Berlin, Germany, November 19, 2019. REUTERS/Hannibal Hanschke

BERLIN (Reuters) – German police on Tuesday arrested a Syrian suspected of planning an Islamist attack, officials said, with public broadcaster ARD reporting that the man was at the top of the federal police’s list of dangerous Islamist extremists.

Police special forces searched the apartment of the 26-year old suspect in Berlin after he had bought chemicals and other materials needed to build an explosive device, the general prosecutors’ office said.

The suspect exchanged bomb building know-how through an extremist messenger group with links to the Islamic State group, apparently preparing the construction of a bomb.

“This (device) was meant to be detonated at an unknown time at an unknown location in Germany to kill as many people as possible,” prosecutors said.

German police last Tuesday detained three people in the western city of Offenbach on suspicion of planning a bomb attack for the Islamic State militant group.