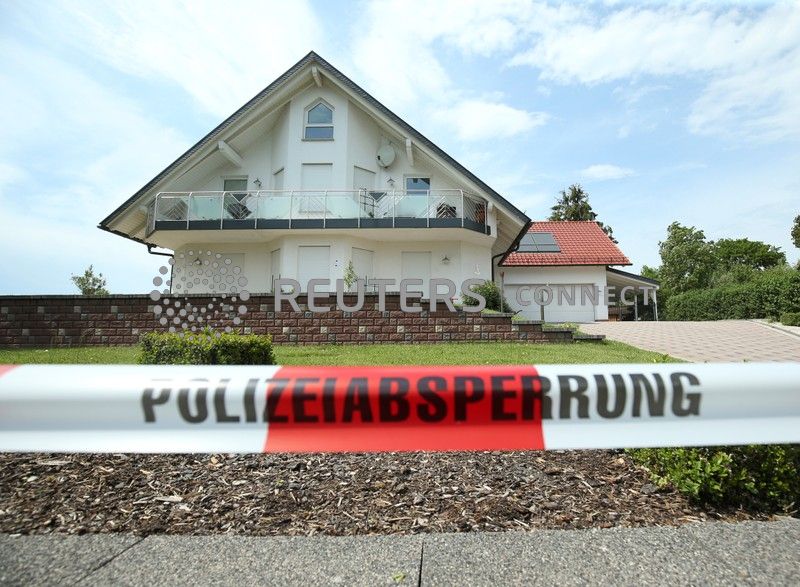 View of the house of District President of Kassel Walter Luebcke, who was found dead, is pictured in Wolfhagen-Istha near Kassel, Germany, June 3, 2019. REUTERS/Ralph Orlowski/Files

BERLIN (Reuters) – The murder of a prominent politician by a suspected right-wing radical is an assault on Germany’s democratic system and should serve as a wake-up call, the interior minister said on Tuesday, pledging to combat all forms of extremism.

The arrest of a right-winger over the shooting two weeks ago of Walter Luebcke, a regional ally of Chancellor Angela Merkel known for his pro-migrant views, shocked Germany and prompted calls for a more pro-active government response to anti-immigrant extremists.

“Right-wing extremism is a serious danger for our free society. We must fight it with all we can,” Horst Seehofer, a Bavarian who opposed the open-door migrant policy Merkel operated in 2015-16, told a news conference.

“The attack on a representative of our state is an alarm signal … combating extremism and terrorism of all kinds is a central matter for this government,” he said.

Germany is home to some 12,700 potentially violent far-right radicals, domestic intelligence agency BfV estimates, and a Civey poll showed 60 percent of Germans think the government is doing too little to oppose them.

Luebcke, the head of the district government in Kassel in the state of Hesse, was shot in the head at close range on the terrace of his home two weeks ago. A 45-year-old named by police as Stephan E. was arrested at the weekend after they found his DNA at the scene.

Investigators said he was a known right-wing radical in the 1980s and 1990s. He had been a member of a shooting club but did not have a gun license.

German media have reported that the suspect was a member of an armed branch of the banned ‘Blood and Honour’ European network of neo-Nazis, but Seehofer said it was unclear whether he was part of a group or a loose network of right-wing extremists.

Germany was shaken by the chance discovery in 2011 of a neo-Nazi cell, the National Socialist Underground whose members murdered eight Turks, a Greek man and a German policewoman from 2000 to 2007.

After fierce criticism of the intelligence agencies and police for underestimating the risk of far-right violence, reforms were introduced, such as closer coordination between agencies and regions.

BfV chief Thomas Haldenwang said much had changed. “But in view of the scale of the threat from the right, we are not in a position to say we have mastered (it),” he told reporters.

Last year, Germany was shaken by violent right-wing protests in the eastern town of Chemnitz after the killing of a Cuban-German citizen for which two immigrants were arrested. Soon after, the then head of the BfV was ousted after he was accused of harbouring right-wing sympathies.